The Salvation Army in Chicago celebrated the first National Donut Day in 1938 to help the needy during the Great Depression and to commemorate the work of the “donut lassies” who served donuts to soldiers during World War I.

In 1917, The Salvation Army began a mission to provide spiritual and emotional support for U.S. soldiers fighting in France during World War I. About 250 volunteers traveled overseas and set up small huts located near the front lines where they could give soldiers clothes, supplies and, of course, baked goods.

After discovering that serving baked goods would be difficult considering the conditions of the huts and the limited rations, two volunteers – Ensign Margaret Sheldon and Adjutant Helen Purviance – began frying donuts in soldiers’ helmets. These tasty treats boosted morale and won the hearts of many soldiers. Nicknamed “donut lassies,” the women who served donuts to troops are often credited with popularizing the donut in the United States when the troops (nicknamed “doughboys”) returned home from war.

National Donut Day occurs on the first Friday of June.

The Salvation Army celebrated the first National Doughnut Day in 1938 in the city of Chicago as a way to honor Salvation Army “doughnut lassies” from World War I. 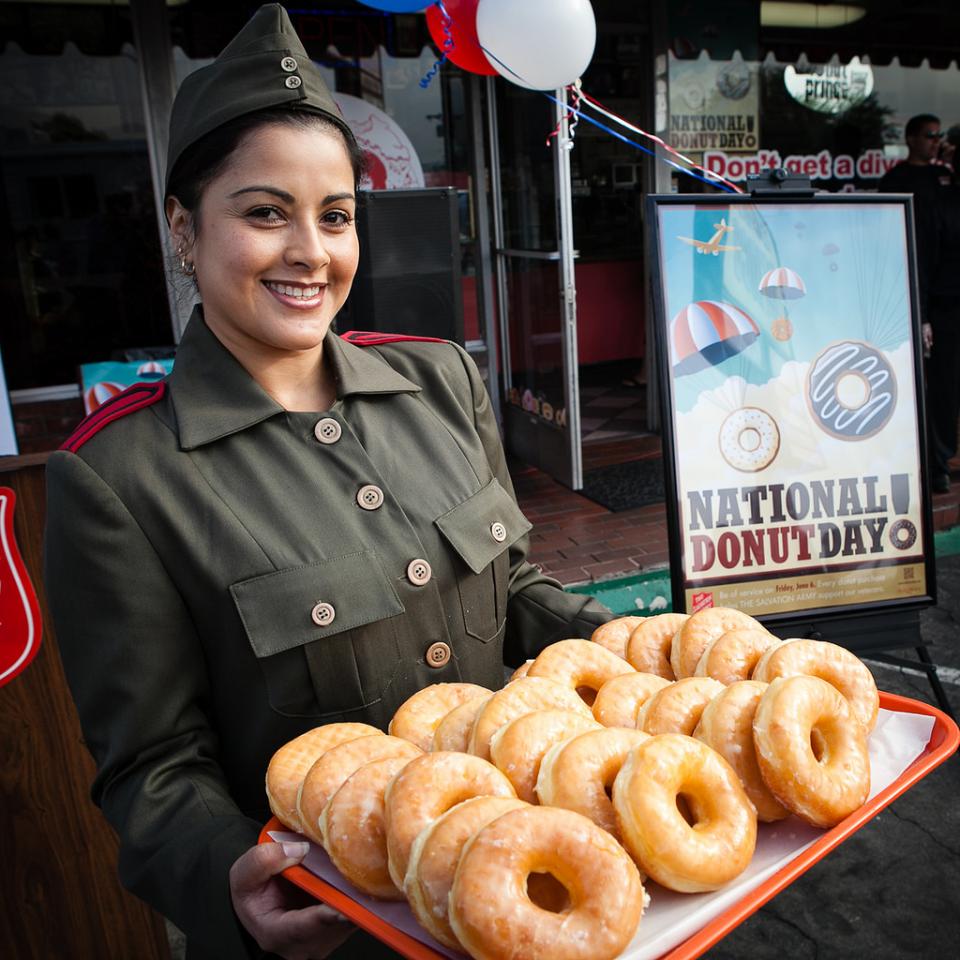 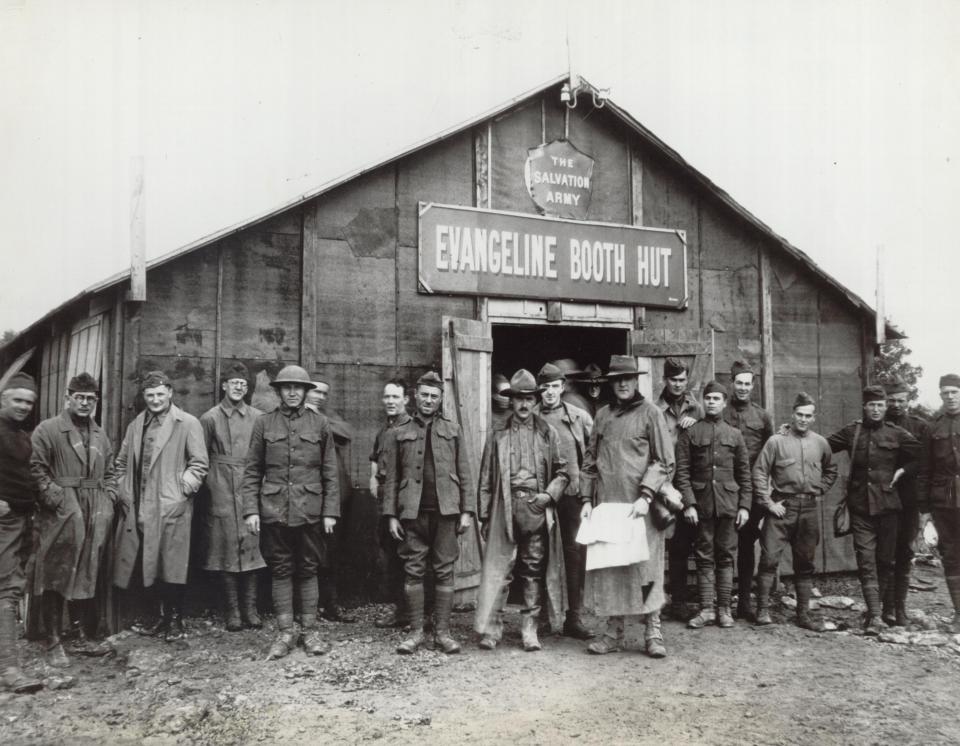 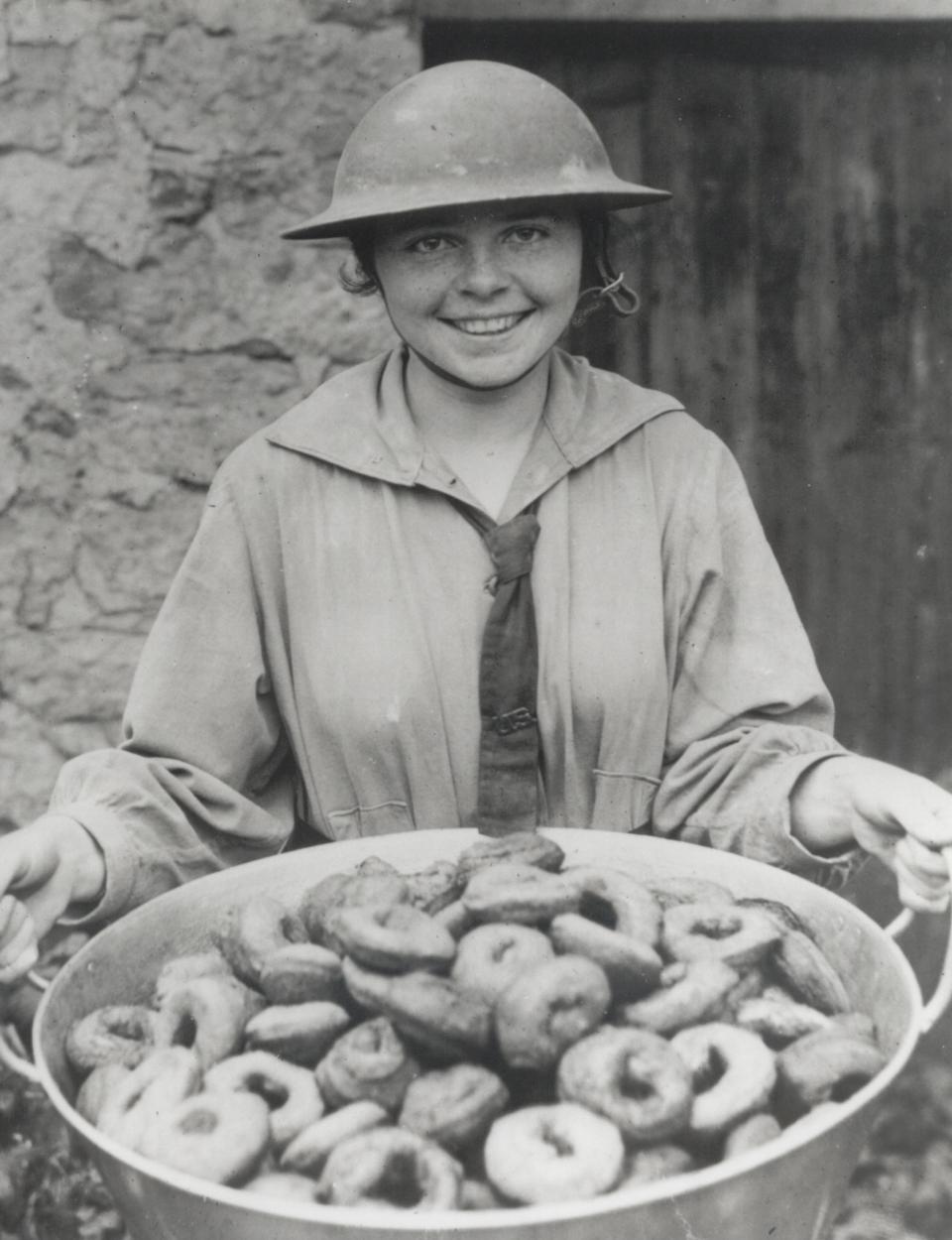 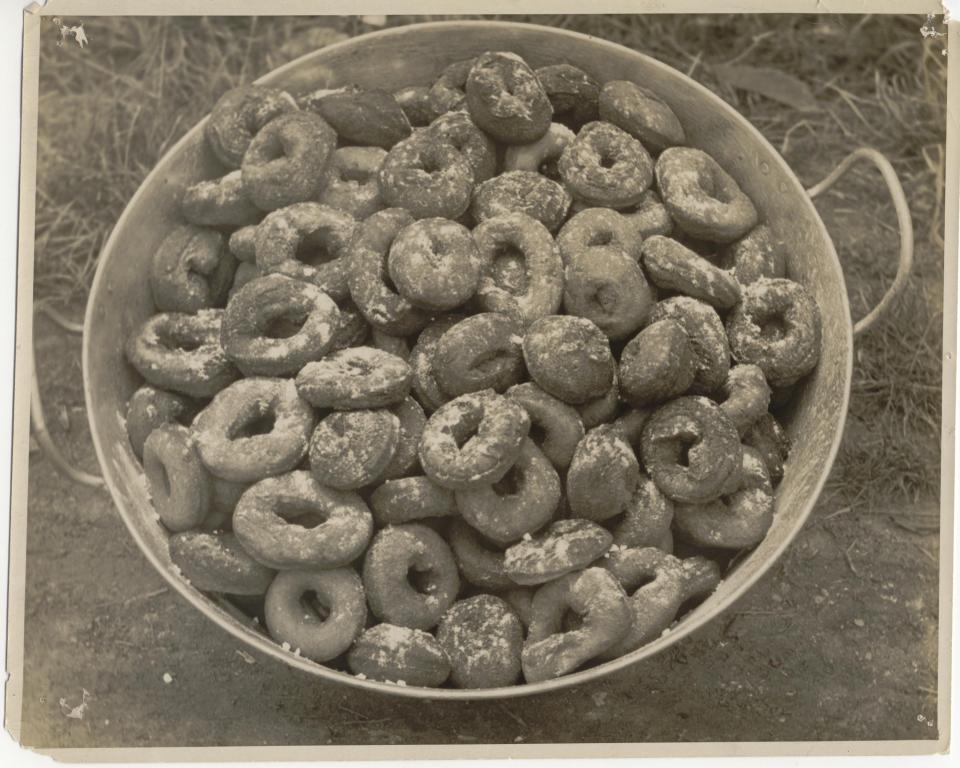