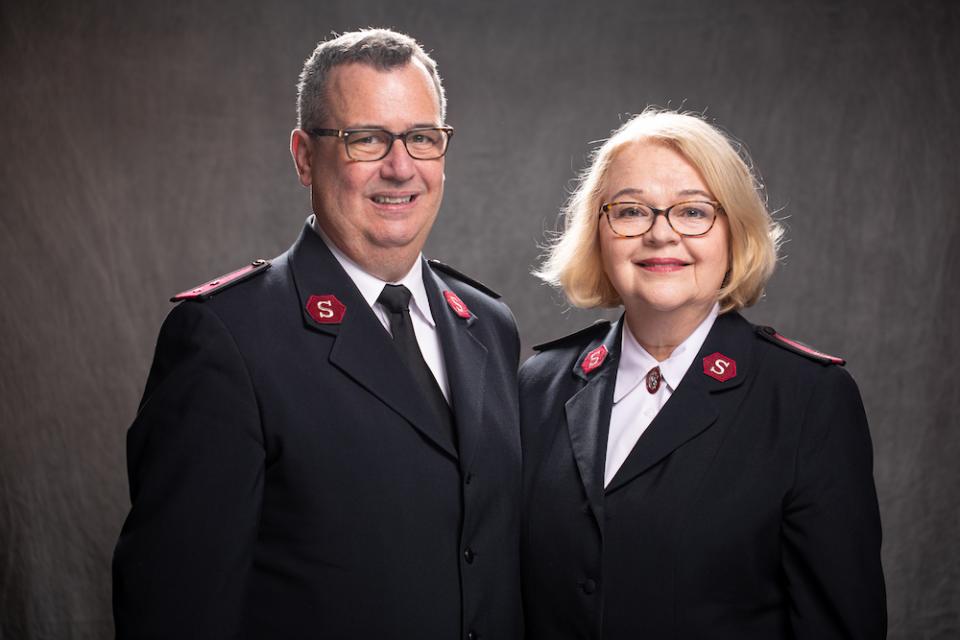 Captains Ingrid and Lars Ljungholm come to High Point from their previous appointments in Atlanta where they served for four years at the Evangeline Booth College for Officer Training. Ingrid was the Music and Gospel Arts Coordinator & Education Officer and Lars the Assistant Director of Curriculum.

They both grew up in Sweden and have known each other since they were kids. In August they will celebrate their 36th Wedding Anniversary. Ingrid and Lars moved to the US in 1989 when Lars was appointed Divisional Music Director for the Salvation Army’s division in Washington DC, Virginia and Maryland. Ingrid joined the Music Department two years later and the Ljungholms worked together as a team in that division for the following eleven years.

Their two sons Erik and Anders were born in Maryland. Erik is 25 years old married Katelyn last year and he is working as a Divisional Auditor for the Salvation Army in Texas. Anders, just a year younger than his brother is majoring in music at Asbury University and plays the tuba. He will graduate in December.

After moving back to Sweden in 2002, Ingrid went back to her old job as a music teacher and Lars was the Territorial Music Secretary for the Salvation Army in Sweden and Latvia. Seven years later, the Ljungholms moved back to the USA and took up positions for The Salvation Army in Texas as Divisional Music Directors in 2009.

In 2011, they both felt the call from God to become Salvation Army ministers and were appointed as Corps Officers for the Garland Corps, outside Dallas. They have discovered that “even the worst day as a Salvation Army officer is better than the best day was before becoming an officer”.

In addition to their common interest in music, Ingrid enjoys cooking and Lars enjoys eating her food.

Ingrid and Lars are absolutely thrilled to have been appointed as Corps Officers for The Salvation Army in High Point!