At 6pm the doors opened for meet & greet ticket holders to visit with Jackie Joyner Kersee in a private reception, while other guests registered to bid on silent auction items. At 7:00 pm a three-course dinner of salad, steak medallions, mashed potatoes, asparagus and dessert were served. Following dinner, the United Way of Greater High Point was honored for theri longstanding support and commitment to the Salvation Army by receiving the Darrell & Stella Harris Champion of Hope Award. Columbia Forest Products received Teh Salvation Army's Volunteer of the Year Award. The event program continued, by first holding a brief live auction, followed by the introduction of 6-time Olympian, Jackie Joyner-Kersee. In her speech, she described her childhood, and credited the local Boys & Girls Club in St. Louis to encouraging her and helping her reach her dreams. Jackie concluded her keynote address and the event convened with closing remarks and Captain Bobby Jackson thanking the guests and our faithful supporters.

Jackie Joyner-Kersee is a 6-time Olympic medalist, and one of the most decorated female athletes of all time. As the current world record holder in the heptathlon, and the American record holder in both the heptathlon and long jump, Jackie Joyner-Kersee excelled in the Olympic games and was named greatest female athlete of the 20th century, by Sports Illustrated for Women magazine. Today, she continues to give back to her community and pursues her philanthropic passion of promoting healthy lifestyles and youth development.

The Champion of Hope Award

Sponsor Recognition and Thanks! 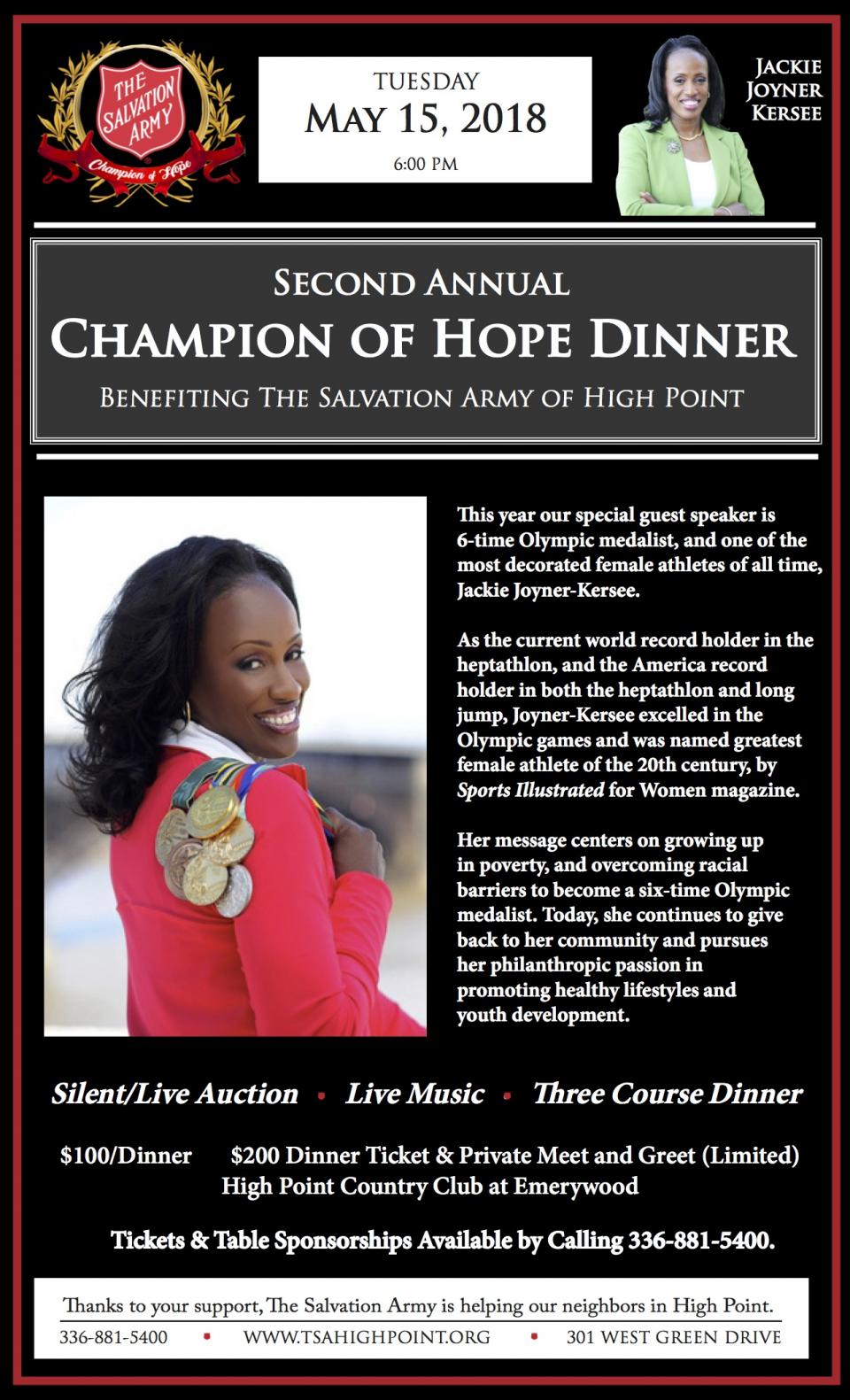