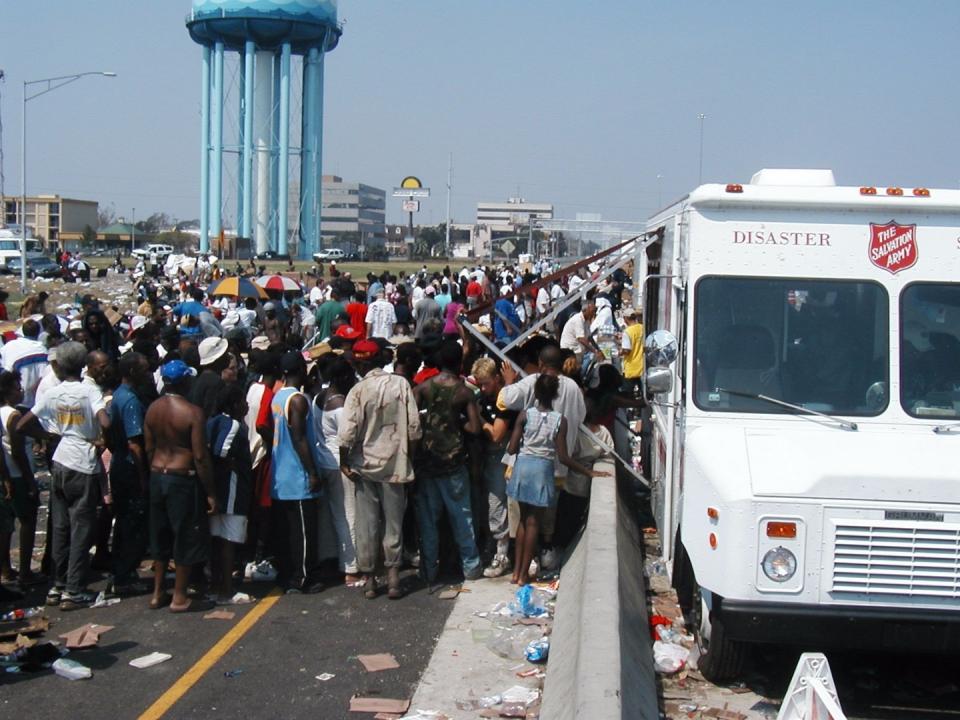 As we approach the 10-year anniversary of one of the most devastating storms our country has ever seen, much of America is reflecting on the ways that Hurricane Katrina affected their family, friends, and neighbors. Thousands of lives were lost in a matter of days, and many more were left without a single possession of their own.

Captain Robert Viera, now an Officer of The Salvation Army of Durham, led a Disaster Services team from Columbia, South Carolina to Biloxi, Mississippi in 2005, just days after Hurricane Katrina struck the city.

Because The Salvation Army has always prioritized emergency situations and disaster relief, Corps offices around the country had been preparing for Hurricane Katrina to hit. Captain Viera was a Corps Assistant in Columbia, South Carolina at the time, unsure if full-time ministry was his calling. He led the Disaster Services team for their Corps; his team consisted of ten men who were part of The Army’s shelter program involving substance abuse recovery.

Just one day after the devastating storm hit; Captain Viera’s team received the call to deploy to Biloxi. They were among the first responders and quickly set up their canteen station in preparation for the thousands of residents who had just found themselves without food, clothing, and shelter. Quickly taking action, Captain Viera and his team of men provided beverages and food to the never-ending line of people that had formed outside of their shelter station. But the spiritual comfort The Salvation Army was able to provide is what set them apart.

“The spiritual need was vast,” Captain Viera said. “These people had lost everything.”

Captain Viera and his team were able to pray for and with these people and provide a sense of hope in the community of Biloxi. They went door-to-door shoveling mud out of people’s homes, moving debris, and providing comfort to the families.

“It was amazing to see The Salvation Army come together to work. Officers, Soldiers, even people just involved in the programs that we offer, all worked alongside each other.” Captain Viera reflected on the moment he felt his call to full-time ministry. “To see an organization live out what they preach spoke to me. That was when my calling to be an Officer was confirmed.”

It is service like this that reminds us: The Salvation Army has been, and will always be, “doing the most good.”

If you would like to join a Disaster Relief Service Team, please contact our Volunteer Coordinator for more information.