Old watch turns out to be valuable, leading to generous gift to Salvation Army. 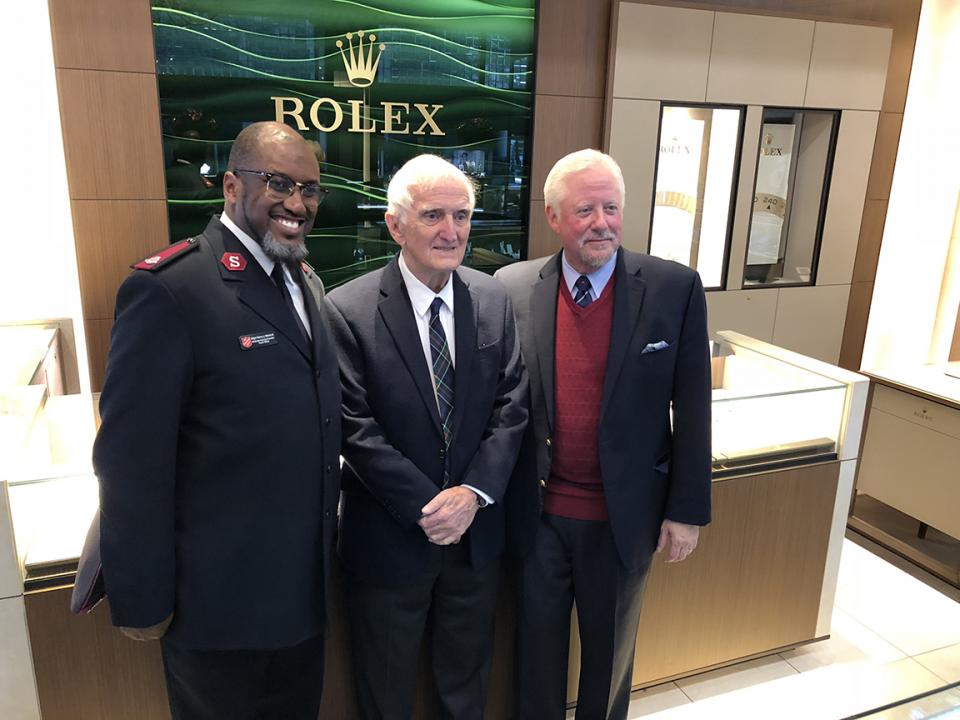 Back in the 1960s, when he first got out of law school, D. Reece Williams III bought himself a watch.

It was a nice watch, a waterproof Rolex, for which he paid $250. It was the sort with extra dials, and a stopwatch function. It was a practical investment for him, the local attorney said, because its features made it useful in navigation, and “I was still dumb enough to be flying, and also doing some sailing.”

There was one drawback, though: It needed to be serviced regularly to function properly, at $200 a pop.

Then, technology got more advanced and cheaper, so he bought a Casio for only $50 that did all the same things better. He has used the Casio ever since “with complete satisfaction.”

Decades passed, and one day he happened to get the Rolex out, saw it wasn’t working, and for old times’ sake decided to get it fixed. So he took it in to Sylvan’s Jewelers.

Then he learned something startling. The old watch “had collectible value.” How much value? He had it appraised, and it was found to be worth $38,500.

He decided he shouldn’t leave something like that just lying around, but should do something with it. And what he decided to do was give it to the Salvation Army, on whose board he has long served.

With typical modesty, Williams downplays his magnanimity. He says he has learned from experience that the tax deduction he would get from giving it away is “almost as good as selling, what with the capital gains tax” he would have to pay if he sold it for his own profit.

He asked Sylvan’s to help, and the jewelers found a buyer. And so it was that Reece Williams presented the watch to the Salvation Army, to sell to the collector and keep the proceeds.

The Salvation Army of the Midlands deeply appreciates the donation – and appreciates even more his years of service.

"Reece has been an active and vital member of The Salvation Army Advisory Board for over 47 years,” said Major Henry Morris, the Columbia Area commander. “While the services offered by our organization have evolved to meet the changing needs of the community, Reece's support has been consistent. His work as a volunteer, supporter and ambassador has richly blessed our organization. We are proud to have him on the board as a life member.”