Third-grader Naveah Taylor bounds out of Reid Park elementary school in a pink jacket and backpack. Her favorite subject is math.

“I learned about adding fractions,” she said. “You only can add the numerator but not the denominator.” 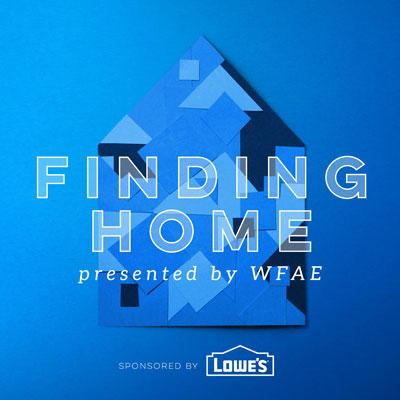 Naveah started school in Charlotte this year. Kindergarten was in Jacksonville, Florida. First and second grade were in Atlanta. Then her parents couldn’t care for her anymore, and she and her brother Dakari came to live with her grandmother in Charlotte. He’s adjusted to second grade here and his favorite subject is science.

“I like that we go and explore stuff,” he said referring to an experiment about the densities of liquids. “Like at school the other day, we did a rainbow jar.”

Dakari and Naveah are with their grandmother now. Alohma West brought the kids to live with her in the one-bedroom apartment in west Charlotte she already shared with her son’s family. With seven people and several air mattresses, it’s a tight fit.

“We are still there on top of each other,” West said. “But it’s still better than being outside on the street.”

West’s grandkids are considered homeless under a federal law called McKinney-Vento. The classification applies to students living in a motel, car or emergency shelter. It also applies to those living in someone else’s home because they lost theirs or can’t afford their own. This qualifies Dakari and Naveah for meals, academic support and transportation from wherever they are to their home school that year.

The Department of Education reports more than 29,000 kids in North Carolina were considered homeless in the 2016-2017 school year. About three-quarters of those are living with other families because it’s too expensive to live on their own.

According to Shantiqua Neely, it’s not necessarily because people don’t have jobs. She’s the executive director at A Child’s Place, the organization helps homeless CMS students and families. She said it’s because rent is too expensive.

“Over half of our parent and caregivers that we serve are employed,” Neely said. “Things like affordable housing and lack of access to livable wages, and other factors like inter-partner violence and histories of eviction, play a big role in contributing to what we are seeing as family homelessness.”

Charlotte-Mecklenburg Schools has the largest population of homeless students in North Carolina. Last year the district has identified almost 4,600. That’s up from nearly 2,500 10 years ago.

Neely said she is paying close attention to Charlotte’s efforts to make affordable housing a priority. The city says there’s a shortage of about 24,000 affordable housing units. She said she's excited to see big corporations pitching in.

“I’m happy that we are talking about it in Charlotte,” Neely said. “But I’m looking for the day where it starts to translate to the population that we are serving.”

The city just approved spending more than $2 million to renovate nearly 80 apartments in east Charlotte to and keep them affordable. A quarter of those units would fall in the budget of most of the families that are in Neely’s program. She said the average family she serves makes about $800 a month.

CMS found through Project LIFT, a public-private partnership focused on west side schools, that kids moved so much that it’s difficult to track their progress. 50 percent of kids transferred to other schools after one year in the program. Neely said that movement is mainly within west Charlotte schools.

“We are servicing a family at one school and then we are in a meeting talking about that family, but that family is now at another school,” Neely said. “They are going back and forth all because parents are trying to look for that stability.”

Federal law requires the district transport kids from wherever they live to their home school for the rest of the year — even if they move outside the district. McKinney-Vento specialist at CMS Sonia Jenkins said about half of the 3,800 homeless kids this year live outside of their school zone, some even moving to Rock Hill or Gastonia because it’s too expensive to stay in Mecklenburg. She said the district spends $2 million on their transportation.

West is searching for a more permanent place and wants her grandkids to have some stability after years of being on the streets and sometimes living in squalid conditions.

“They definitely need a stable environment coming from not being fed, to being abused, to living with rats,” West said. “I mean, I listen to stories now that they have been with me a while. They are opening up more and they are telling me how the rats used to sleep in bed with them and it breaks my heart.”

CMS found students considered homeless were more likely to be behind in reading skills and tend to miss school more often.

School buses are pulling up and kids file out into the parking lot of the Center of Hope Salvation Army shelter in time for dinner. Today it’s chili, cornbread and salad.

As Kimberly Washington gets her food, she tells me her 8th-grade son didn’t get to school that day.

“He actually missed it this morning,” she said. “[The school bus] was one minute early.”

Because Washington doesn’t have a car, her son stayed at the shelter. They have been living in the shelter for a little more than a month. Washington said she ended up here after bouncing around homes of her family and friends. It started when she left an abusive relationship.

For a time, she was renting a room in a house — it was expensive. Then, she lost a temp job.

Washington is about to start as a cashier at Chick-fil-A. She’s planning to start saving up so she and her son can move out of the shelter. But as she looks for places, she’s finding rent has gotten more expensive.

“The wages that are earned in Charlotte, the compensation matching the cost of living. It just simply doesn’t,” she said. “I don’t understand how even though market rates increase, how rates of pay don’t match that.”

Washington’s applied for housing assistance but like many others, has been on the waitlist for years. She said she's not expecting to get a voucher anytime soon.

But Alohma West is proof that a voucher doesn’t make it easier to find a place. She’s been looking for a bigger place for her and the two grandkids with a voucher, which provides a little more than a $1,000 a month. She said she’s called more than 30 places and is on several waitlists.

“But the problem is everywhere you look, nobody wants to take the voucher,” West said. “I can’t just sit. I have to get out. I don’t have a car so I have to look for something on the bus line. It’s been rough.”

While dealing with all this stress, West is trying to keep life normal for her 8- and 9-year-old grandkids. They have a homework routine after school and on the weekends, she tries to take them to free activities.

Often Dakari, her grandson in second grade, said they end up doing stuff at the apartment.

“Because she do not have a car to take us anywhere,” he said. "So lately, she hasn't had enough money to do stuff so we just do stuff at home."

His sister Naveah added that she’s looking forward to finding another place to live that’s less crowded so she can take her Christmas present out of the box. She’s been waiting a few months to open the easy bake oven.

“We got to get a bigger space because there’s a baby in the house and he messes with completely everything,” she said.

West has until May to find a place with the voucher before it expires. She is searching for anywhere in the county so the children can stay in CMS schools.

WFAE is taking a year-long look at Charlotte's affordable housing problem through our series, Finding Home. Every Monday in 2019, we’ll have stories that examine the problem, seek solutions, and bring you stories from neighborhoods small and large, both in and outside Charlotte. Don't miss a segment. Sign up for the Best of WFAE weekly newsletter to get the latest Finding Home along with the other most important news of the week.