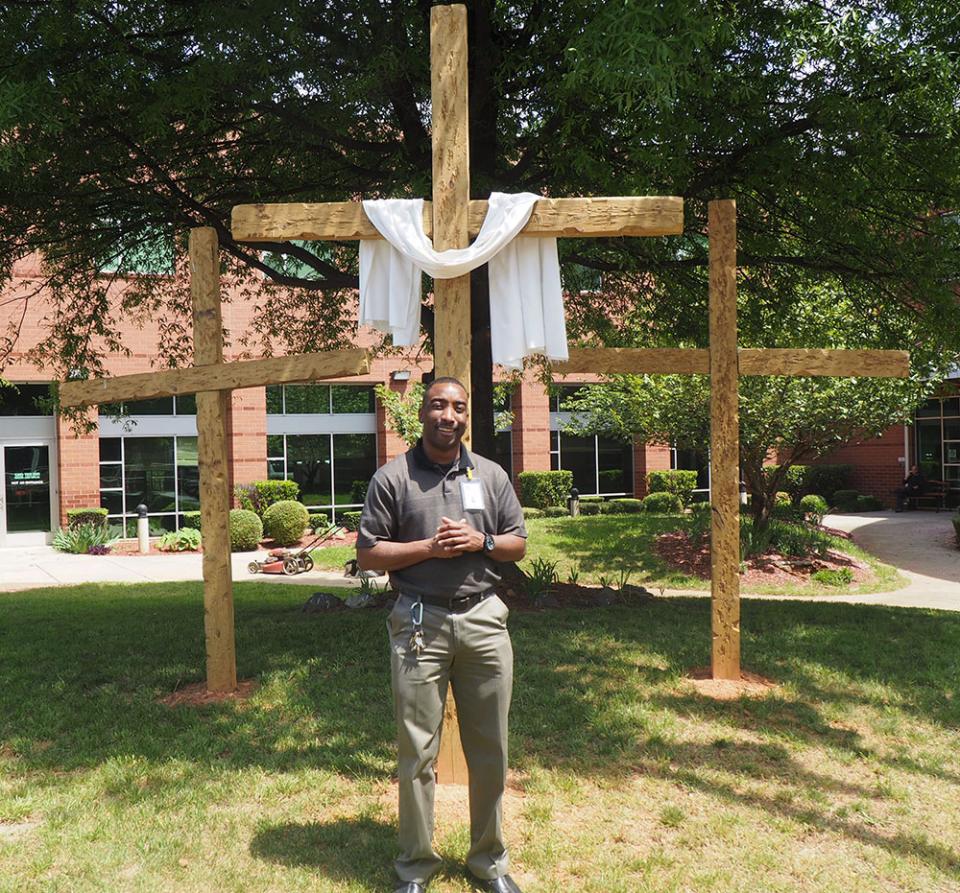 From the outside, everything seemed normal. Growing up in the Washington, D.C., area Charles seemed to have it all together. He played sports and got good grades in the classroom. Unlike some of his peers, he still had both of his parents in the home.

But, everything wasn’t as it seemed. His mother was an alcoholic and his father was involved in selling drugs. He grew up in the shadows of these vices, so it stands to reason his involvement in them was inevitable. Charles’s parents’ philosophy was if you are going to do this, you have to do it at home. So, there was no prohibition for him, and as a result, he started with alcohol and marijuana, eventually seeking out harder drugs like ecstasy.

Remarkably, Charles held it together through college and found a job in sales and marketing after school. But, his drug habit was turning into a drug problem, and his life was beginning to unravel. His drug of choice was now cocaine.

“The only thing I wanted to chase was the high,” he said.

In 2012, Charles found himself in Charlotte. Knowing he needed to fix himself, he showed up at the Adult Rehabilitation Center (ARC). He successfully graduated the program, found a great job and moved to Atlanta. But, the story doesn’t end there. He relapsed, and his life fell apart again.

“I got tired of doing the same things over and over again,” he said. “Nothing I was doing on my own was working. I was trying to do it alone instead of allowing God to reform me.”

Charles returned to the ARC, and this time it was different. He was praying every night, studying the Scriptures and forming bonds with men going through similar struggles. This time, he actually had hope of turning the page to a brighter chapter in his life.

God opened another door, where he could be involved in making a difference. He works directly with other men at the ARC who are going through similar things in their own lives.

“I’m truly thankful for The Salvation Army. It’s making me a better a person,” he said. “Hopefully, God can use me and open the same doors for other men.”

When you donate clothing or household goods to one of the five Salvation Army Family Stores in the Charlotte area, you are making an important contribution to the Adult Rehabilitation Center (ARC). The ARC serves 118 men at a time – men like Charles – providing housing with work, group, and individual therapy to help men break the chains of addiction, recognize the value of their lives, and learn skills essential for their transition from chemical dependency to independence and self-sufficiency. Men with addictions pay no fee for this help, but give back through their hard work as they turn their lives around. Every time you donate goods of furniture, clothing, kitchen items, decorative items, automobiles, and miscellaneous items to The Salvation Army, you are helping to fund this program.

If you have goods to donate, you can find a Family Store or drop-off location near you, or call 1-800-SA-TRUCK or visit www.satruck.org to schedule a pick-up.