It’s Not What You’ve Done, It’s What You Can Do 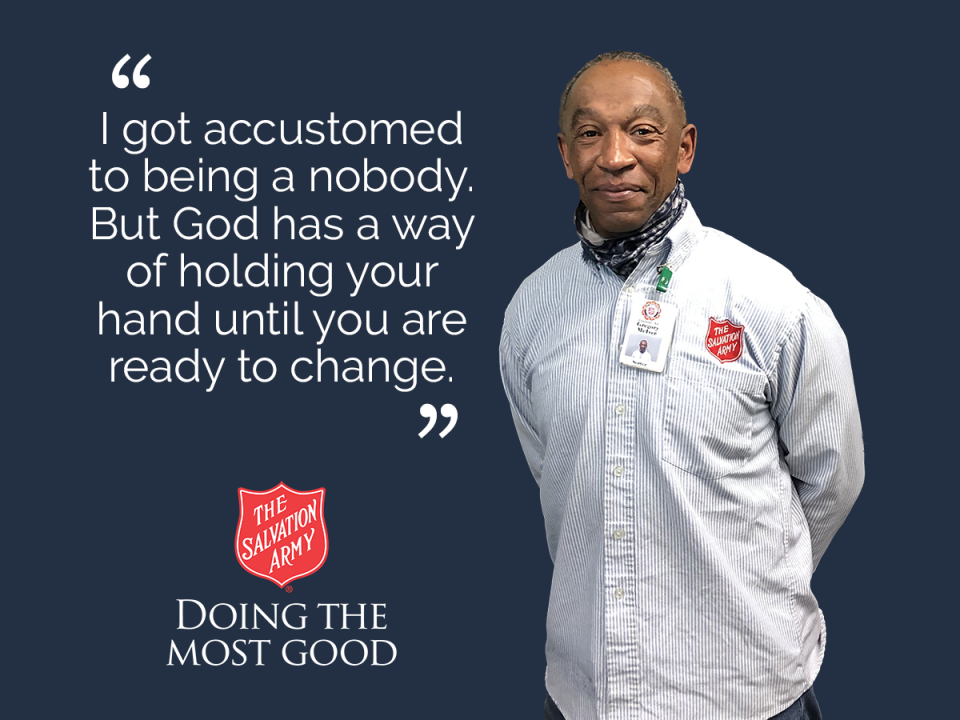 In the rural area where Gregory McIver grew up, there wasn’t much going on. The only bright lights were those surrounding the baseball diamond, where he was a promising young centerfielder. His growth on the field could have been his ticket out of town, but unfortunately, Gregory’s story went the way of a foul ball.

“I got caught up in the mundane of a small town,” he said. “In that time, it was almost like getting high was acceptable.”

What started as a form of entertainment, quickly developed into addiction that caused his life to spiral out of control.

He tried to get his life together after high school by joining the military, but after a few years in, he found himself dishonorably discharged. Instead of getting help, Gregory moved to New York—the biggest city most small-town kids can imagine—to begin a career he could bank on: selling drugs.

The next 30 years of his life included a blurry mix of prison cells, emergency shelters, alleyways, and a few stints in rehab. He always knew he needed to change, but he could never get over the hump; crack cocaine had too strong a stranglehold.

“I got accustomed to being a nobody,” he said. “But God has a way of holding your hand until you are ready to change.”

In 2017, after having relocated to Charlotte, Gregory found The Salvation Army’s Adult Rehabilitation Center (ARC). Things were going well until he made some more bad decisions—forging a large check to steal money from a local business. He was arrested and charged with “uttering a forged instrument.”

Major Richard New, the Charlotte ARC administrator, said something to Gregory then that reverberates in his mind to this day: “It’s not what you’ve done; it’s what you can do.”

After doing his time, Gregory returned to the ARC with a renewed sense of urgency to put his life back together.

It was his fifth attempt in a drug or alcohol rehabilitation program in his 59 years of life. But, this time, something felt different.

“I knew what was expected of me,” he said. “This program is not going to ‘cure’ you. I have to be a part of my own recovery. If I get out of my own way, I know the sky’s the limit. If you stick and stay, life will change.”

He’s just grateful The Salvation Army was able to offer him multiple chances. Having completed the program now, Gregory is enthusiastic about giving back to support other men.

“This program has given me confidence in myself,” he said. “Now I can put myself aside and share with the new guys. Others need that same hope. It’s not how many times you get knocked down, but whether or not you get back up.”

Today, Gregory is helping other men to get back up—by giving away haircuts.

While not an officially trained barber, Gregory’s become an in-house expert, and he enjoys giving men in the program a trim. Of course, he doesn’t get paid for providing this service … in cash. The only currency he deals in now is hope.

When you donate to one of our area Family Stores, you are helping change the lives of men like Gregory. As you are Spring Cleaning, consider making a contribution to The Salvation Army. You can find your closest donation location, or schedule a free pickup, by calling 1-800-SA-TRUCK or visiting www.satruck.org.