Aaron did not let his past determine his future 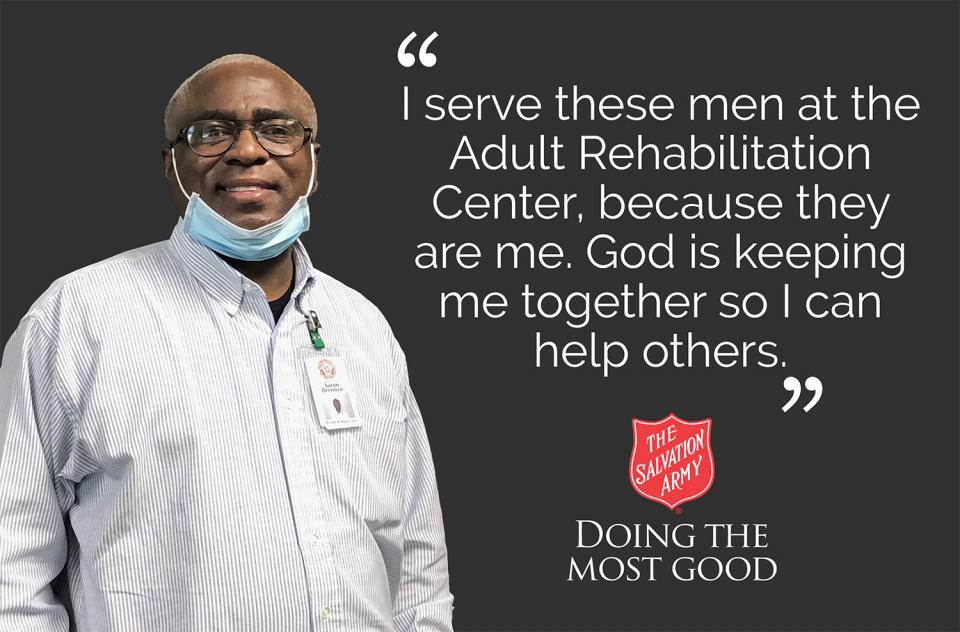 In Aaron Brennan’s family, a sign of manhood was being able to “hold your liquor.” Both of his parents were alcoholics, so you could say it runs in the family.

Where Aaron grew up in the Bahamas, drinking was a part of the culture. He was around it all the time, so it wasn’t unusual for him to pick it up. By the age of 16, he added marijuana to the mix, and eventually it led to crack cocaine.

Despite his choices, he was an excellent student.

“I was smart—book-smart, that is,” he said. “I had dreams of being the first in my family to go to college. I wanted to be a CPA.”

Aaron’s intellectual aptitude was strong enough, in fact, that he earned a master’s degree in business administration—all while maintain his drug habits. He seemingly had it all—a good job, fancy car and all the money he needed.

“But, crack, man. I lost it all. My life turned upside down.”

Aaron knew he needed to leave the Bahamas to get away from the influences that were dragging him down. But addictions know no geographic borders. After arriving in the United States, he quickly found his fix and he was right back to where he started.

The next several years were spent in and out of prison, while his dreams of a CPA career and success were fading away.

While Aaron’s addiction was born at home, so also was his faith in God. Even with the family’s personal struggles, his parents had raised him to know about right and wrong and having a relationship with God. As a result, he always sought out Christian-based recovery programs. He tried many, but the addiction always prevailed.

“I knew God had to be the center of my life,” Aaron said. Yet each time he entered a rehabilitation program, he wasn’t fully committed.

In Harrisburg, Pa., Aaron had nowhere else to turn, so he called The Salvation Army. They sent a taxi to pick him up and drop him off at its Adult Rehabilitation Center.

“Before, I was running from God. When I came to The Salvation Army it was like God said, ‘What are you going to do different this time?’ My commitment was that I’m not going to run this time.”

For anyone recovering from substance abuse, the day one makes this life-changing choice is one to remember. It forever stands as a mile mark of how far the person has journeyed, but also how precarious the road traveled can be.

Aaron no longer dreams about being a CPA.

“God showed me a different path, one of service,” he said. “I don’t need money [or drugs] to be happy.”

In 2011, Aaron became a “soldier,” or member, of The Salvation Army church. He rededicated his life to God and vowed to join in the mission of helping others. He got his start when a job opened at The Salvation Army Adult Rehabilitation Center in Charlotte as a weekend supervisor. Now, he’s the assistant program director, a position that allows him the opportunity to speak to other men battling addictions. He can share in their struggles because he knows what they are going through.

“My mom always said don’t let your past determine your future. I serve these men [at the Adult Rehabilitation Center] because they are me. God is keeping me together so I can help others.”

While he used to want to do other things, his life has a new purpose now.

“God isn’t done with me yet. I want to be where He wants me to be,” Aaron says as he reflects on his new view of what manhood means. “My mission is to help other men see that God can change you—that He is a restorer.”

When you donate to one of our area Family Stores, you are helping change the lives of men like Aaron. As you are Spring Cleaning, consider making a contribution to The Salvation Army. You can find your closest donation location, or schedule a free pickup, by calling 1-800-SA-TRUCK or visiting www.satruck.org.