A divine encounter at the bus station in Charlotte changed Lisa’s life forever. 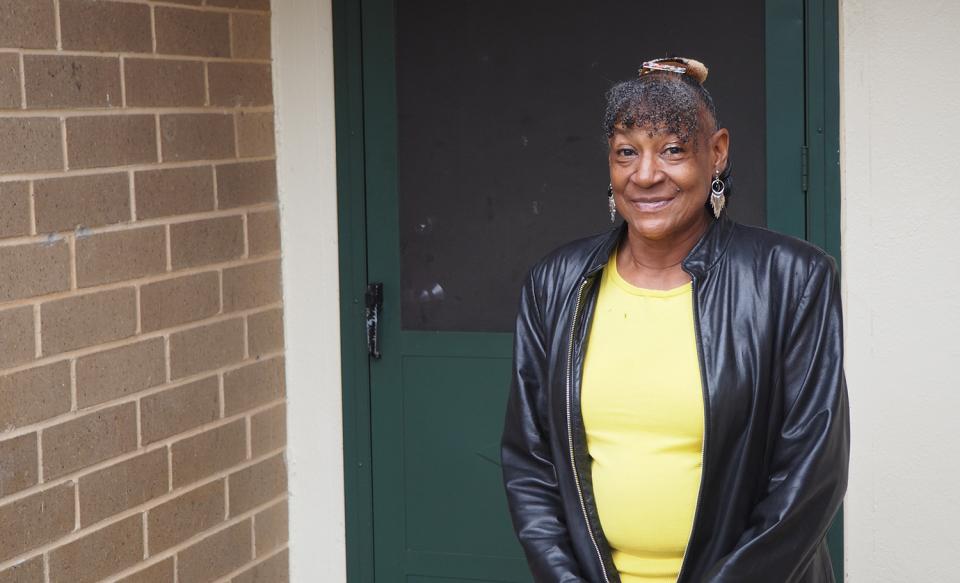 A divine encounter at the bus station in Charlotte changed Lisa’s life forever.

Weary from years of homelessness and sleeping on friends’ couches, she had come to Charlotte to seek help from her son. Over the years, she had suffered from depression and even attempted suicide. An alcohol addiction led her down a dangerous path – one that eventually landed her in a hospital fighting for her life. In that hospital room, Lisa had an awakening. She knew she needed a change in her life or she wouldn’t make it. To further complicate things, Lisa was, and is, the caretaker of a daughter with special needs.

After being released from the hospital in Columbus, Ga., she made her way to Charlotte, but the support she had hoped to receive from her family never materialized. She, and her daughter Doretha, were dropped off at the bus station, and “God had somebody waiting on me there that I didn’t know anything about,” she recalls.

This mysterious messenger took Lisa and her daughter to The Salvation Army Center of Hope.

When she arrived, they had to sleep in the cafeteria while she waited for a bed to become available.

“I got a lot of help from The Salvation Army,” she says. “They provided clothes. They provided toothpaste, washrags and soap—you know, all the essentials for everyday living. And I appreciate all those things because there were days that I went without even bathing. I was so appreciative of getting a shower.”

Meeting those basic needs was only the beginning. At the Center of Hope, Lisa met Captain Shimei Hewitt, the shelter’s chaplain, and she began attending her Bible studies and events. Lisa was gaining spiritual strength, finding hope and inspiration—just what she needed on her journey toward stability. She knew her next move needed to be out on her own.

She tried to leave two times, but always ended up back at the shelter. She stayed at a boarding house, but it didn’t work out. Later, she moved in with a friend, but that wasn’t sustainable. Both times, Lisa found herself in desperate need of somewhere to go again.

“Every time I came back to the shelter, they accepted me back. Captain Hewitt helped get me back in the shelter.”

The third time Lisa entered the shelter was different.

“I said, ‘I’m not going anywhere until I get [my own] place.’ So, I would come to Bible study and talk to Captain Hewitt. She would say, ‘Be patient, wait. It’s coming, it’s coming.’

“When we stay in a protected environment, we still have to do for ourselves,” she adds. “We get case workers, but we have to work with those case workers. The key to it is to wait. This time I waited.”

Lisa had to wait nearly a year this time, but the call came. Through The Salvation Army’s housing programs, Lisa’s case worker found an apartment for her and her daughter. She was going to be moving out.

But getting her new set of keys is not where this story ends. When you’ve grown accustomed to being around people for so long, and having a support network in place, it can be scary to be on your own. In fact, now that Lisa had a stable roof over her head, she still found herself in need – physically and emotionally.

“When I moved in here, me and my daughter were sleeping on the floor [for weeks]. And I didn’t complain because I knew that God had put me in this place and he would help me get the rest of the stuff,” she says. “And, I missed the women from the shelter. I’m not going to lie about that. I was by myself and I had to get used to being in this place because I was always around these women all the time.”

One woman, however, remains a constant in Lisa’s story—Captain Hewitt.

“The reason why I keep bringing her name up is because she is such an important part of my process.”

Through colleagues at The Salvation Army and generous donors, Captain Hewitt was able to have furniture and household items donated. Beds, dressers, sofas, bathroom items, kitchen supplies—everything a family needs to get on its feet and make a house a home.

Now, as she talks, tears stream down Lisa’s face remembering how she would scroll through Facebook to look at used household items that she could use but didn’t have the money to purchase on a fixed income.

“When the stuff started coming in, I said, ‘Oh God, I know it’s you, working through Captain and her network of people in The Salvation Army.’”

Captain Hewitt continues to check in on Lisa and her daughter, just to talk and see how she’s doing. She encourages Lisa to keep the faith.

“I love Lisa’s heart, her spirit and her love for God,” Captain Hewitt shares. “When she got to her apartment, she had a beautiful humble spirit. She never complained, and that touched me. So many of us think about what we don’t have or what someone else has. But, Lisa has been faithful and patient, waiting on God. I’m proud of her and what God is doing through her.”

“God has given me a different frame of mind today,” Lisa says. “It’s a process. It didn’t happen overnight. I’m still learning, and I can still be taught. I’m not too grown to listen to instruction.”

Lisa is grateful for all the staff at the Center of Hope and The Salvation Army who have helped her to this point. She also still thinks about her friends from the shelter. She prays for them, that they would find the housing and stability she has. And, more importantly, that they would discover the same hope and faith she’s found in her life.

“What gives me hope for the future is that God has given me a new way to live, a new life,” she says. “I don’t have to live like I used to live. I’m not just here for me, I’m here for someone else. I’ve always been my daughter’s caretaker. Now, I’m there for her in a way I’ve never been there for her before. I was there physically, but I wasn’t there mentally and spiritually. Now, I’m able to be that for her today.

“I’m just grateful for the trials and tribulations that went along with this—it’s brought me to where I’m at today.”