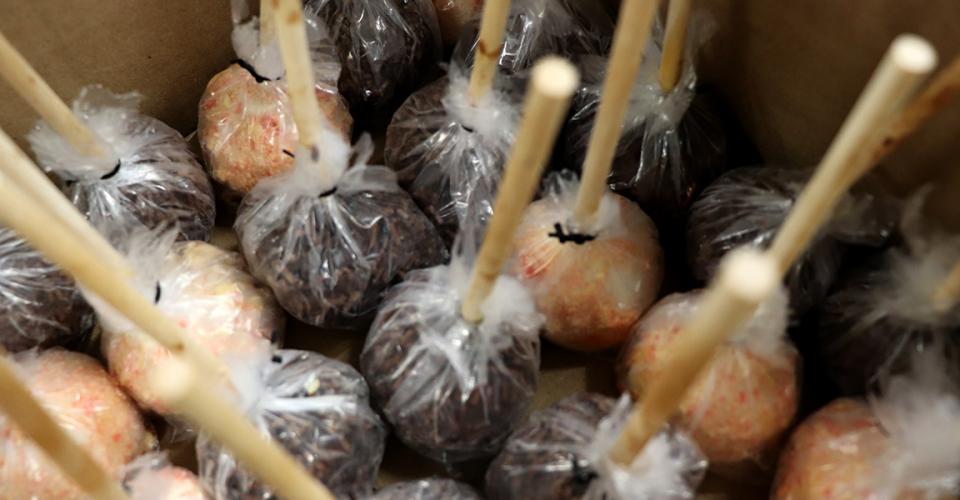 Most everyone loves cheesecake; and the members of The Salvation Army’s Boys & Girls Club (BGC) in High Point, NC are getting reminders to sweeten an otherwise sour stay-at-home order in effect during the Coronavirus pandemic.

Daniel Gray is “Uncle Cheesecake,” the name given to him by a close friend’s young daughter years before starting his business of the same name. He worked on perfecting his cheesecake creations, testing his recipes on family and friends. He later entered a television show contest on Chopped, broadcast on the Food Network. The money he won on that show was the startup for his two bakeries.

He’s been an active volunteer for The Salvation Army’s BGC for some time now, the latest appearance at the club before the Coronavirus hit being in February, when he delivered 50 cupcakes and an impressive lesson for Black History Month to club kids.

“These were not just regular cupcakes,” exclaims Amy Hudson, Salvation Army BGC executive director. “The cupcakes were baked in Black History Month colors, and each had a likeness on the icing of an historic figure. Daniel explained each historic person to the children during his presentation.”

Then within a week of massive school closings in North Carolina, Uncle Cheesecake wanted to do something extraordinary for 100 BGC members who are homebound.

“His employees volunteered to work on 100 ‘cake-pops’ for the club members,” Amy adds. “His company then added activity books, snacks, and other sweets, which he loaded onto our club bus to drive around to neighborhoods where our kids live.”

“People may think that because schools are closed for one, two, three months, then this must be a big vacation—but that’s just the opposite,” Daniel says of his work with The Salvation Army during the pandemic. “They are frightened. They don’t know when they can go back to school, or if they’ll ever see their friends again.”

The children turn to their parents, and they turn to Daniel and the BGC staff for answers. Handing out cupcakes and cake-pops are helping these kids with the craziness that is all around them. This is huge, he says.

“Daniel is very community-minded,” Amy says of Uncle Cheesecake. “He is a firefighter for the High Point Fire Department and is coming on board as a member of our BGC Advisory Council for The Salvation Army here in High Point.”

His wife, Katherine, and two-year-old daughter, Dallas, are active in the club’s “Daily Story Time” on Facebook. The daily broadcast began with the quarantine advent, and little Dallas and her parents tuned in regularly. One day, her parents found Dallas in her room “reading” a storybook to her stuffed animals seated around her. Katherine and Dallas then taped a storybook session themselves and we’ve posted it online.

“I am happy and blessed to do this for the kids,” Daniel says of his family and company’s ongoing volunteerism—especially during the COVID-19 crisis.

Kids need things to do right now, Daniel says. “Everyone is maxed out from social distancing and remaining homebound. Keeping contact with our kids helps them focus.”