The Salvation Army of Salisbury Helps Young Mother In Need 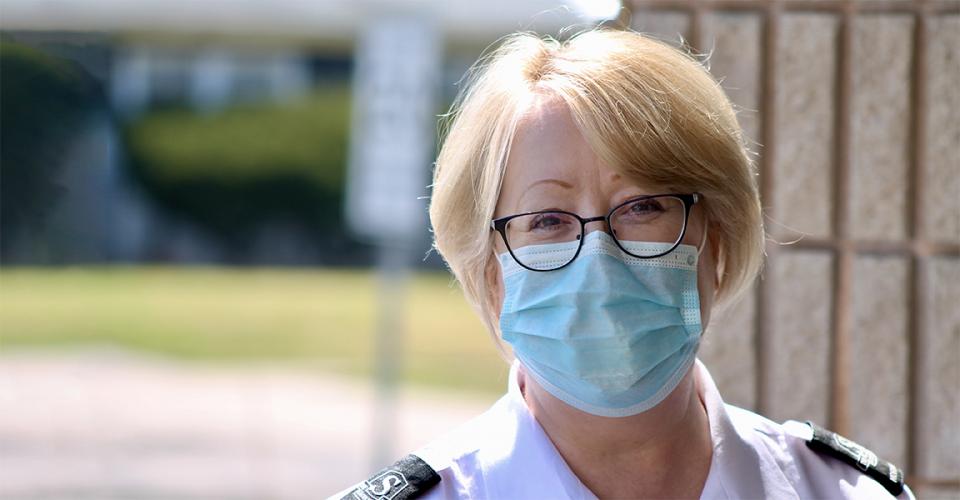 A simple request to use the phone at The Salvation Army of Salisbury changed the lives of one single-mother and three small children, as well as Major Janice Dahlin and her three coworkers.

An unforgettable and heartrending encounter with an overwhelmed young mother is a prime example of The Salvation Army’s unique and holistic approach to mission and ministry – best revealed in dire times such as the COVID-19 pandemic.

“All schools were closed about three weeks when this happened,” said Major Janice Dahlin. “Everyone was in lockdown, including us. Our doors had to be locked for everyone’s protection, but our caseworker’s office is next to the door, and she can see out her window when someone comes to us for assistance.”

The caseworker, Danielle, saw the desperate mother in tears at the door and went to help. “That was when we heard the woman yelling so loud, it sounded like she was actually inside our lobby,” the Major Dahlin said.

The woman was screaming unbelievable things like “You must come get my kids; I do not want them anymore; There is no one to help me; I cannot take this anymore!”

“When she left, Stella (HR manager and bookkeeper) and I came out of our offices to ask Danielle what that was all about.” It turns out the lady was not directing her tirade at Danielle, but into Danielle’s cellphone to a 911 operator.

Was she suicidal? Domestic violence and abandonment have been on the rise since COVID-19 began – perhaps this was yet another such case.

Major Dahlin and her coworkers knew they had to do something. But what?

The address the woman gave 911 was merely two blocks away, so they piled into The Salvation Army van to pay a visit. By the time they arrived, police were already on the scene.

“Our stomachs were in our throats as we pondered two thoughts: number one, we would feel responsible if anything happened to these children and we did nothing; and, number two, what can we do to really help her?”

They sat in the van for a good 30 minutes while the police interviewed the mother. When the chance came, Major Dahlin approached one of the officers, explaining that the woman had come to The Salvation Army building to use our phone. Was there anything she and her crew could do to help?

“The police officer seemed genuinely relieved at our offer,” Major Dahlin recalled. “She turned her back to the woman to say softly to me, ‘Thank you,’ and that we could go talk to her.”

After a long talk, a “perfect storm” of reasons that drove this young mother to the brink became apparent: she had no car, no phone, no help – she had even lost her identification, which meant that even if she could get to the market, she couldn’t use what food stamps she had.

Normally, her aged mother would help, but with pre-existing conditions her mother had to contend with, not even she could lend a hand.

The young mother truly felt alone. And by all evidence, she was.

“We promised we would make a store run for her; I went to Walmart for diapers, wipes, baby food, Pedialyte – anything we could think of that she would need,” Major Dahlin said.

When they returned to the woman’s apartment, her relief was obvious. “She was truly thankful and grateful! I left there thinking of that (Gowans & Larsson) song, Someone Cares."

“I praise God for my staff’s response,” she said. “What would drive a mother to this point, and that we have no choice but to help her. Even though we must avoid physical contact with others during this time of social distancing, we are still God’s hands and his feet – and he can use us to ‘touch’ others in our community that desperately need him,” Major Dahlin said.

During this time of increased stress and anxiety, if you need someone to talk to, please call The Salvation Army's free emotional and spiritual support hotline; 1-844-458-HOPE (4673). Available seven days a week from 9am to 9pm (EDT).