From Camper to Staff to Employee 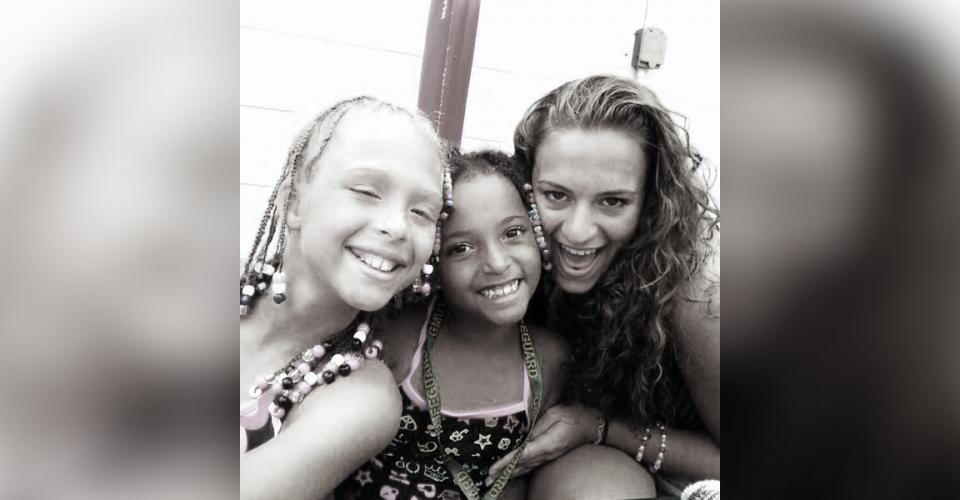 Summer camp was my escape, my first taste of freedom, my safe haven.

Without going into too many details of my past, I will simply say my childhood wasn't all about princesses and fairytales. My family experienced some pretty intense issues that caused some pain. But, one day, a van from The Salvation Army pulled into my neighborhood.

The driver was picking up neighborhood kids for a program at the local church. I stepped off the van into a chapel decorated in burgundy—from the red brick walls to burgundy pews to the burgundy carpeted floor. The chapel was filled with the sound of a brass band playing and smiling faces of people in weird navy blue uniforms. It wasn't long before this became my "church family."

The youth leaders met with my mom after church and told her about Salvation Army after-school programs and music lessons, and that transportation and meals would be provided. Best of all, they told her about a summer camp my sister and I could attend. The topping on the cake: it would all be free.

A few weeks later I was off to Camp Happyland, the camp operated by The Salvation Army in Virginia. When I stepped off the bus, no one knew about my family situation or judged me for any reason - I was only known as Ashley from Fairfax in cabin B6. For that week, there were no worries of what I was going to eat or who I could play with. I only had one objective: be a kid.

In that one week of camp I learned how to shoot a bow and arrow, perfect my swim strokes, how to make the ultimate s'more and the right way to hang my towel on a tree line so it wouldn't stink for the next day. I learned the best time to catch frogs was after a thunderstorm by the pool and if a male counselor was pushing the merry-go-around, I should hold on with TWO hands. That week, I met friends that I still talk with (or see on Facebook) almost fifteen years later.

That one-week of camp was so instrumental in my life that I went back every year for the next ten years. I went to Sunbeam camp (equivalent to Daisies of the Girl Scouts), Jr. Soldier's camp (interactive bible study), Girl Guards (same thing as Sunbeam but for older girls), and then finally when I was old enough... Music Conservatory.

I studied music for four weeks straight at Camp Happyland. My major was band, my minor changed every year: drama, voice technique, piano, timbrels. I had music theory classes and choir. Simply put, it was band camp and I LOVED it.

It gave me an outlet to express myself where words failed. I received more hands-on instruction then I did when I was in school. I tried to learn an instrument in public school but I had a learning disability, so it took me a little longer to read the notes. But at camp we had private lessons and my instructors would sit down with me one on one. By the end of four weeks I learned how to read bass and treble clef. I felt empowered.

My journey didn't stop at Music Conservatory. When I felt like I gotten "too old" to attend camp I applied to work there. I always wanted to be a lifeguard so I applied. They not only hired me but they provided the training. They certified me as a lifeguard and a water safety instructor (swim instructor). Later, these certifications helped put me through college.

Working as a lifeguard at summer camp might look glamorous but - let me tell you - it is not. Jobs like cleaning a bathroom after a long day, or emptying the skimmer baskets that clog up with hair, bugs, frogs and fabric fibers, kept me humble. And every kid is so excited to get to the pool that a group of 50 feels like 150. But, it did let me develop unique relationships with the kids.

They came and talked to me about everything: other kids being mean to them in their cabin, to biblical questions from bible study, who they thought was cute, and to living situations that just broke my heart. I could relate to these girls and boys because I understood, I'd been there. In ministering to them, I became blessed beyond belief and I just wanted to be someone that I never had in my household.

Because of camp, I beat the odds. The Salvation Army invested in me when I felt I had nothing. It saved me from the statistics of what could have been and gave me a chance to live a successful life. So, when I graduated college, I wanted to help others who were struggling. I now work full time for The Salvation Army—and my journey started at camp.

Here in the Carolinas we are trying to empower as many kids as we can this summer. You can help send a kid to camp and truly change a life.