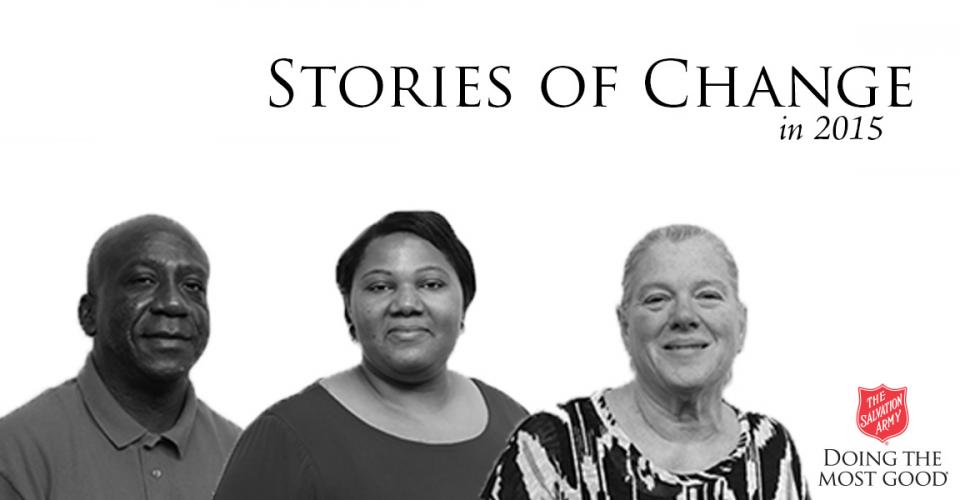 Your year-end contributions are 100% tax deductible as permitted by law and makes a REAL difference in the lives of people and families throughout North and South Carolina.

Throughout this year we met some of the people who were incredibly willing to give back. Marvin turned from a life of selling drugs to mentoring young people within The Salvation Army. Melani's addictions took everything from her until she was able to get back on her feet. Now she works helping provide assistance to other's who were in situations much like her's. Naomi is a high school student who has worked at summer camps operated by The Salvation Army and helped her church find and sponsor a child living overseas.

And then there was you!

In October, areas of South Carolina experienced the worst flooding in centuries. But, the people of North and South Carolina responded with incredible generosity and prayer support. Your support provided the food and shelter that they needed during some of the worst times of their lives.

2015 was a year of giving back. As we continue to move forward, know that all of your financial contributions to The Salvation Army are valued and they make a real impact! The people you help often turn around and help others. Your generosity is multiplied in hundreds of ways every single day. The need is great but the support of the people of North and South Carolina is greater!

As always, gifts that you make by the end of the year are fully tax deductible as permitted by law and help The Salvation Army anticipate the ways that we will be able to help in the year ahead.

Thanks for all that you've done over the past year and what we know you will continue to do in the year ahead!

Many blessings for a Happy New Year!

Your year-end contributions are 100% tax deductible as permitted by law and makes a REAL difference in the lives of people and families throughout North and South Carolina.