Before The Kettle Was Red

In December of 1891 Captain Joseph McFee, a Salvation Army officer in San Francisco, had a goal of providing a free Christmas dinner to anyone who was in need. But he came across his biggest obstacle: How would he pay for all the food? He pondered this idea and began to brainstorm possible fundraising activities. An old memory popped up and he had an idea-- a pot.

Before Captain McFee became an officer (pastor) in The Salvation Army, he was a sailor in Liverpool, England. He remembered on the Stage Landing, where the boats came in, he would always see a large pot that people would throw donations into when they walked by. He decided to adapt it from England and give it a shot here in the United States.

He secured permission from the authorities to place a large iron cooking pot at the Oakland Ferry Landing. He found a way to secure the pot so that it was hanging and in a conspicuous position so that all those going to and from the ferryboats would see it. He stood by and encouraged passers-by to drop coins in the pot to help the poor. His pot was so successful that Captain McFee started a tradition that has spread across the United States and throughout the world. 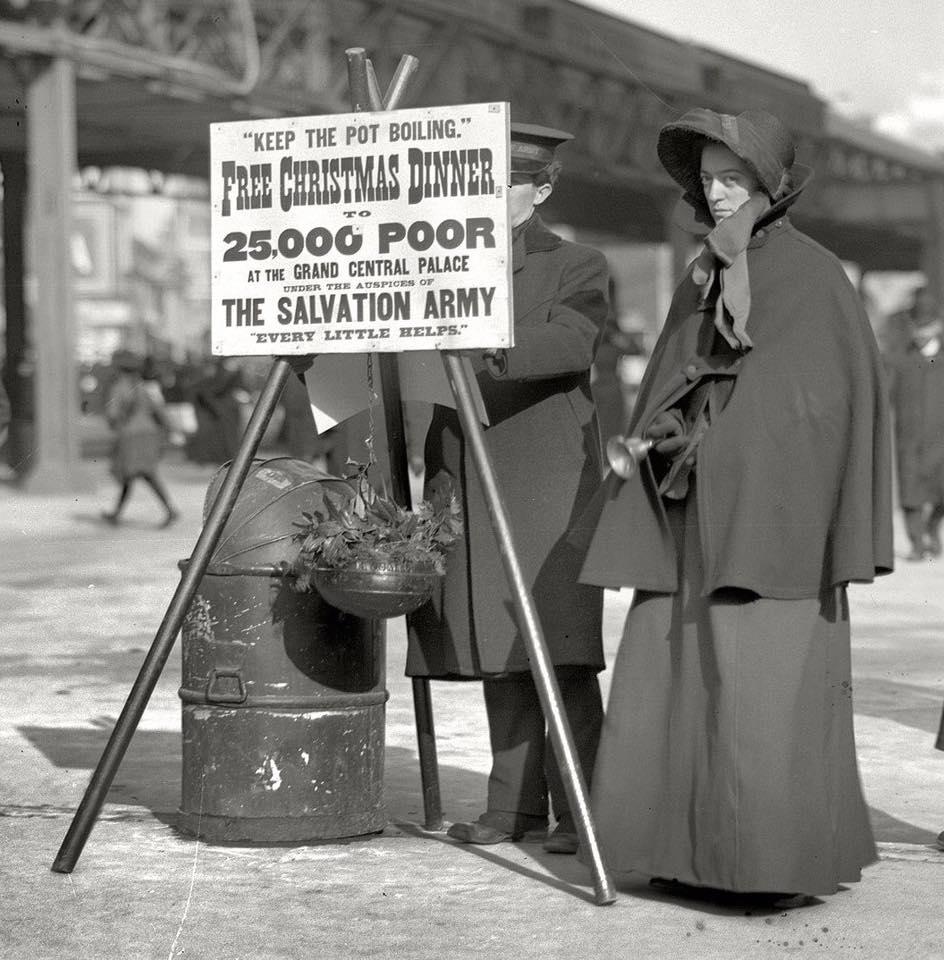 How did those pesky bells come into the mix? Thank a young Amelia for that. She was a Salvation Army cadet (Salvation Army officer in training) in 1900 from New York who bought a 10-cent bell to ring. The bell was a huge success and drew attention and donations from those who passed by. Not long after that, all cadets had bells.

Donations at Christmas through The Salvation Army red kettles help support nearly 30 million people served by the Army through shelters, after school programs, addiction recovery programs, summer camps, disaster assistance and many other social services. And in today’s digital age you can even find a red kettle online. Eighty-two cents from every dollar donated into a kettle, whether online or on the street, go back into the community in which it was donated.