Until the Race is Won

On Sunday, Joey Logano, current points leader in the Sprint Cup, was taking the checkered flag at the Charlotte Motor Speedway. Today, he was in Columbia, SC surveying the devastation related to the recent flooding there. 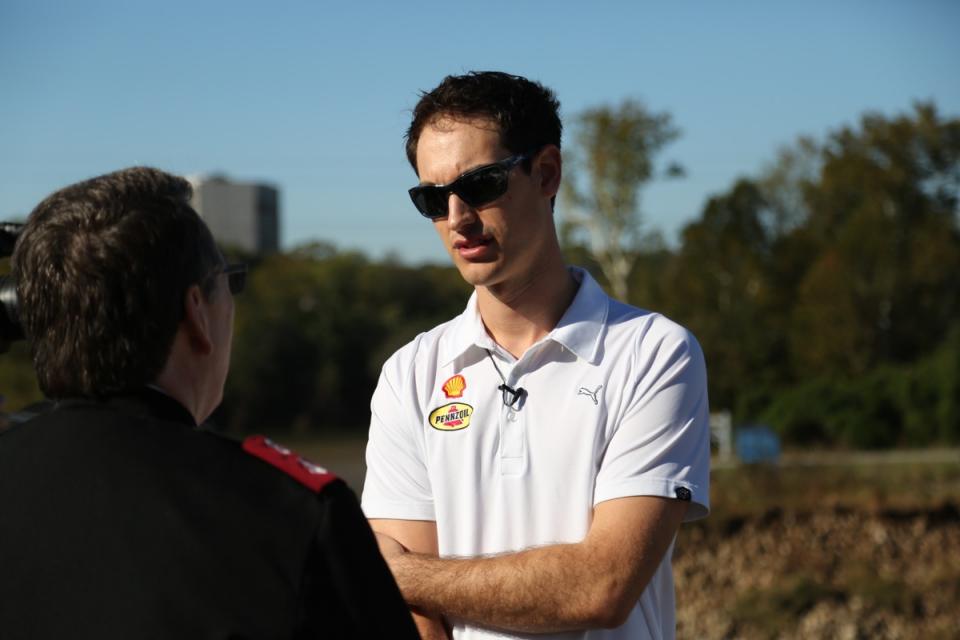 He wasn’t alone. With him was Jordan Anderson who drives in the NASCAR Camping World Truck Series, Chip Wile, President of Darlington Raceway, and several supporters and friends from the NASCAR world. Together, they want to make sure that the story of their friends and fans in South Carolina continues to get told. 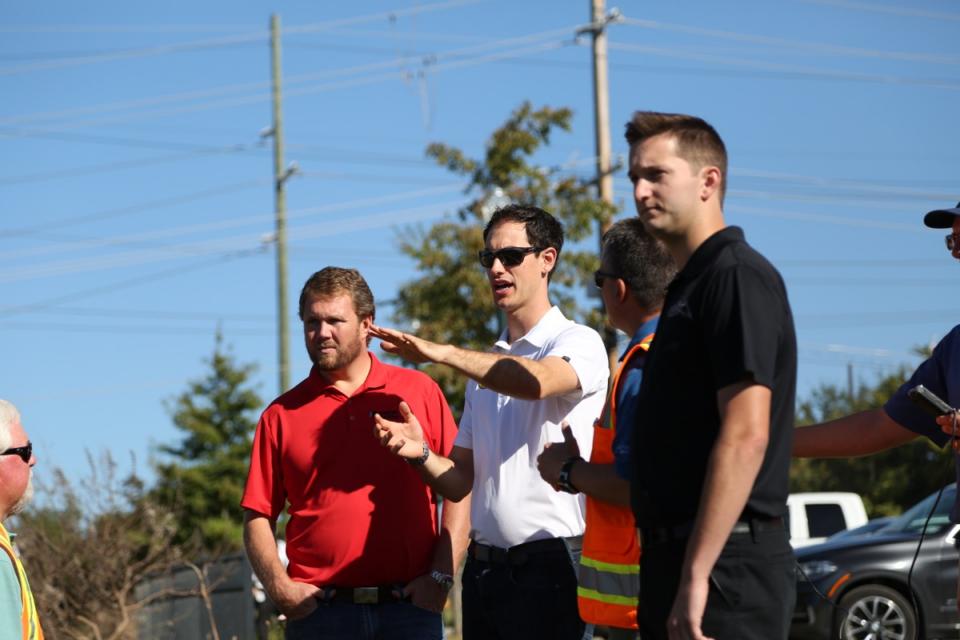 The guys enjoyed sharing with the first responders and seeing the rebuilding efforts that were already taking place. That’s important work - the first responders literally risk their lives to help those who need it most. But something changed when we began to meet some of the folks who were directly affected by the disaster.

“Who is going to tell their story? What are they going to do?” Joey was visibly concerned about the residents of one apartment complex who lost essentially all of their belongings when the floodwaters reached 5 feet in their homes.  Mr. Bennett represents one of those stories. When we talked with him, we found out that Mr. Bennett is a Vietnam War veteran who lived in the apartment complex. 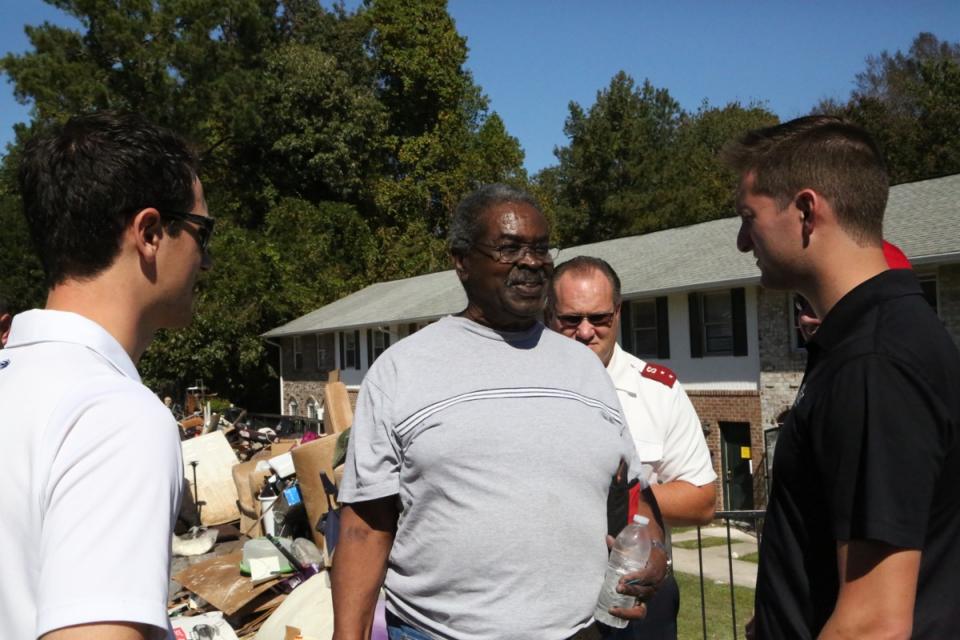 “I’m about to turn eighty years old in November. I’m staying up at my church for now. But I lost everything. Everything. But God’s not finished with me yet. I survived Vietnam and I survived this too. He’s got something left in store for me.”

It was incredible to hear his positive attitude. We were standing there among piles of people’s belongings - of his own belongings. But Mr. Bennett had a smile on his face, enjoying a bottle of water that he received from The Salvation Army canteen that has been there serving residents since the flood first hit. 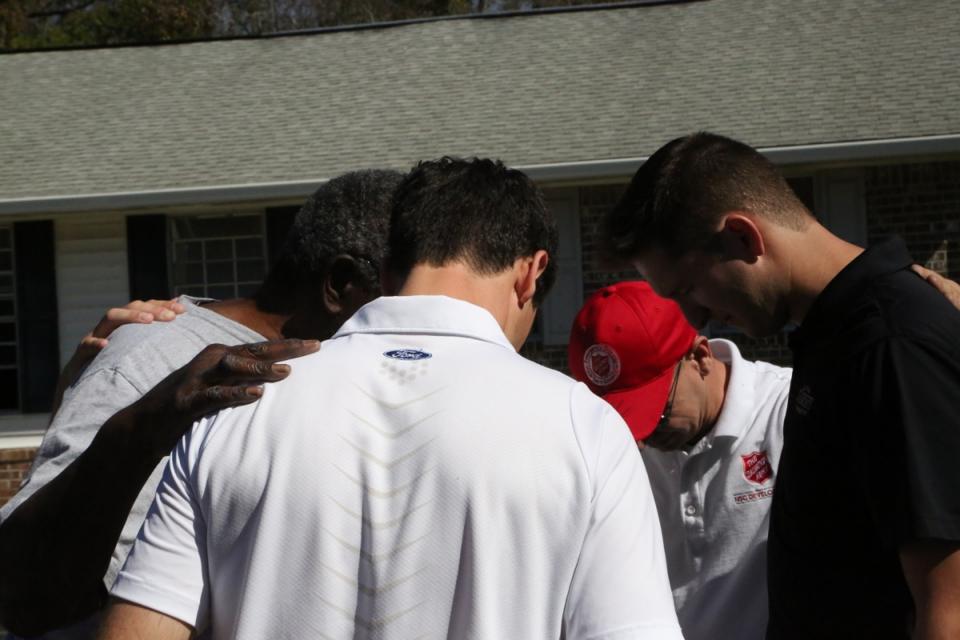 Our team, and our friends from NASCAR, prayed with Mr. Bennett and we pledged our support for him, his community and all of those affected by the floods.

For every Mr. Bennett there are others whose story also needs to be shared. With the support of our friends Joey, Jordan, Chip, and their friends in the NASCAR community, we know

It was incredibly moving for Jordan who is from the Columbia area. “It has been incredible to see the love South Carolinians have for another and everyone helping each other. This is my stomping ground, And to be here today and give back to the community that helped me so much is an honor.” 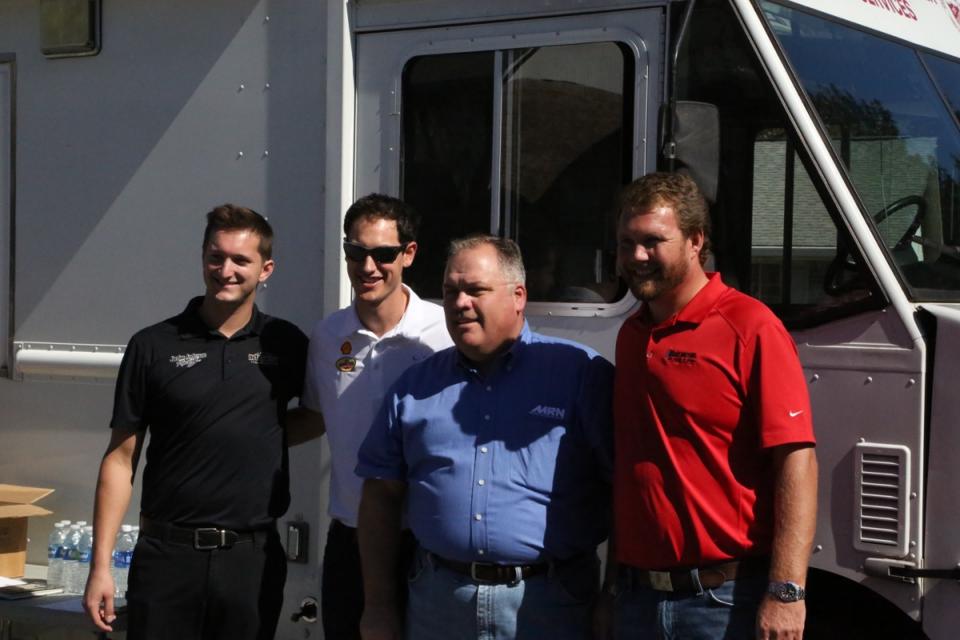 The Salvation Army will be here helping for as long as it’s needed. We’re grateful for people like Joey, Jordan, and Chip who can use their connections to help tell the story of those folks who need help. We’re also grateful for the generosity of friends and neighbors throughout the Carolinas who see the need and respond in any way that they can.