Rain Will Not Stop Me

It’s raining in Columbia, South Carolina today. Raining hard and it is just making matters worse. I watched people as they traveled over washed out roads in the rain to get a hot meal from The Salvation Army mobile canteen. 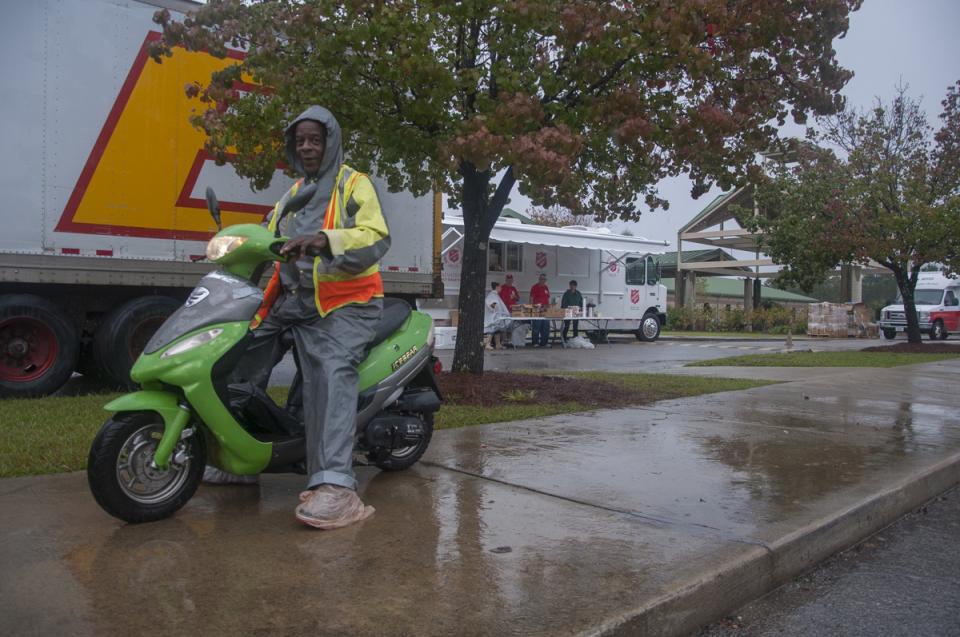 There was a man who rode to The Salvation Army canteen in the pouring rain on his scooter to pick up food for his family. He was wearing a jump suit with a reflective vest on and plastic grocery bags over his shoes I spoke to him as he picked up boxes of food and he never stopped smiling. We walked back to his scooter together—before he left he called home to let them know he was on his way back home.

Just hearing that conversation reminded me that although the people of this community have lost so much, they are a loving community. They are a community that continuously checks on each other and is doing whatever they can to support each other. Like riding a few miles on a scooter in the rain to pick up some hot meals for their family waiting at home.