I followed a canteen to Eastover, South Carolina. It is a small rural town about 22 miles outside of Columbia. A drive that should have taken 44 minutes lasted almost two hours. A bridge had collapsed and the main road into town was closed. There was a lot of turning around, and as big as a canteen is, it surprised me that we didn't get stuck. The Salvation Army officer had been to Eastover the day before and was dedicated to going back. He heard stories from people about how much they lost and that they couldn't get to the store to buy food. The closet grocery store is 30 minutes from the town. And that was before the flood.

When we finally arrived to the location I was told by the National Guard that when the canteen was late today, people started to get really aggiated because they were hungry and had no where else to go. As we were setting up the canteen the line started to form and I began to listen to some of their stories. 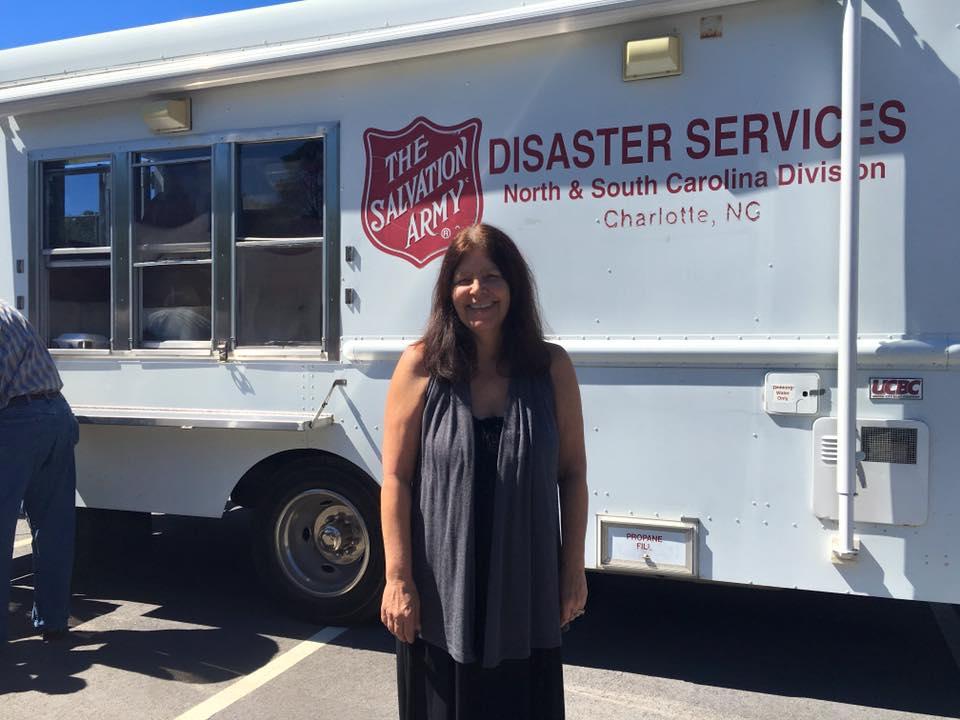 "I am a school teacher here. We live is such a rural town that when the water started rising, the closest help became farther away. It's amazing and I am extremely grateful that The Salvation Army is able to get their canteen here. What I get here is the only hot meal I'll have. Pretty soon our gas in this town is going to run out, I'm not sure what will happen then. But The Salvation Army, they are managing to get to us and that's amazing. We lost a lot but at least we are guaranteed a hot meal." 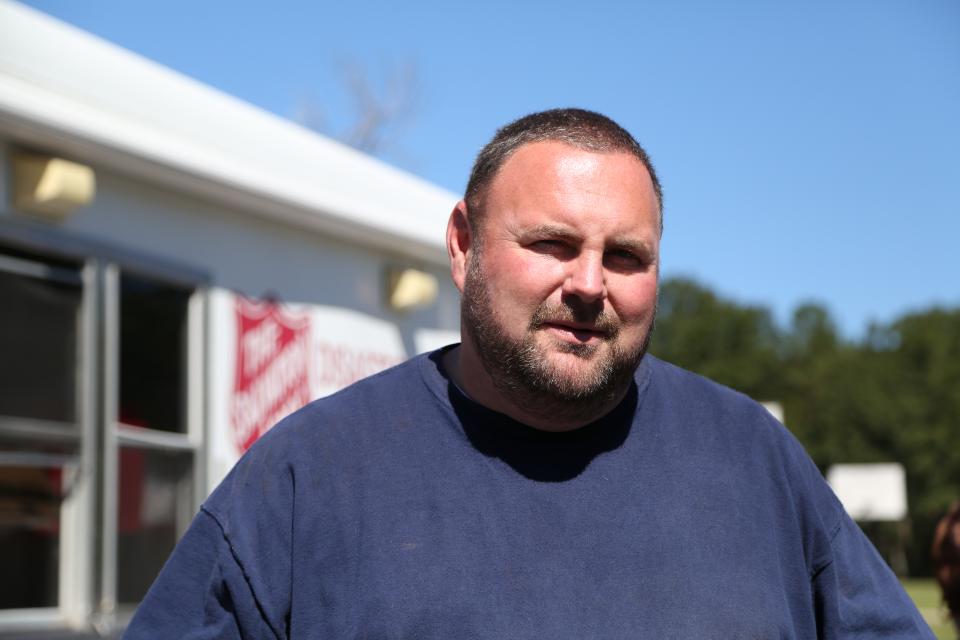 "I am a cotton and peanut farmer and my crops are all destroyed. You know it's harvest season right now and my peanuts are stuck in the water. The longer they sit, the faster they rot. The first thing I did after the rain stopped was calling my workers to make sure they were okay. I was able to pick some of them up. We were starving, so when we heard that The Salvation Army is going to be here with food, we make sure to stop by to get a meal. We have to get back to the field, but my income is gone. I don't know what I am going to do, but at least there is BBQ today." 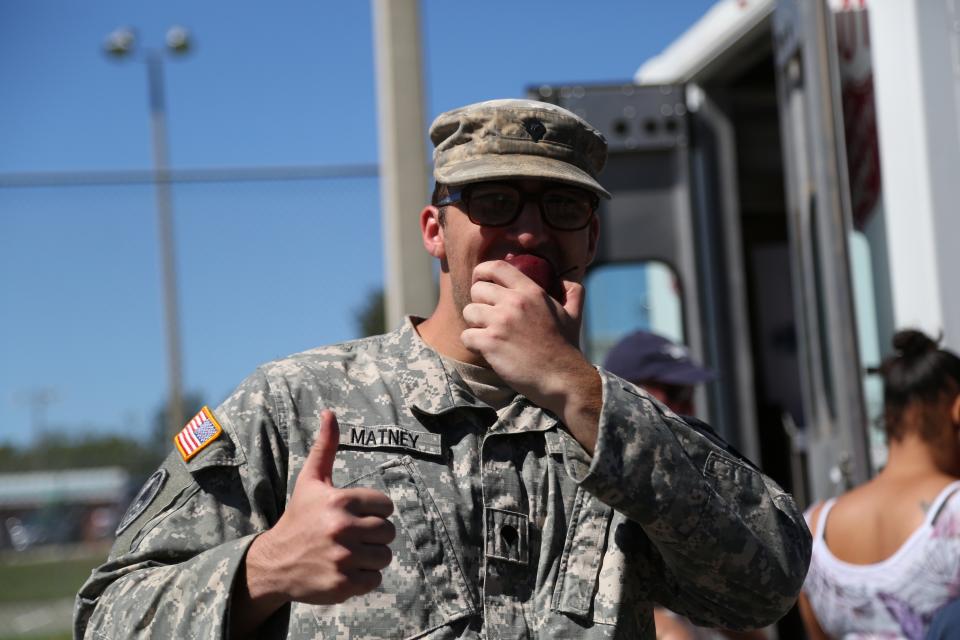 "Man, this is SO MUCH better then MREs. One of the local churches told us yesterday that they will bring us food, but I guess they couldn't make it. We didn't think we were going to get real food, and then The Salvation Army canteen pulled in. It's amazing what you guys can do in that thing. I'm just glad I don't have to eat another MRE packet."

MREs are Meal, Ready-to-Eat packages that the military uses to feed soilders in combat zones and in the field when food sources are limited. I can personally say, these things are not the most appetizing. 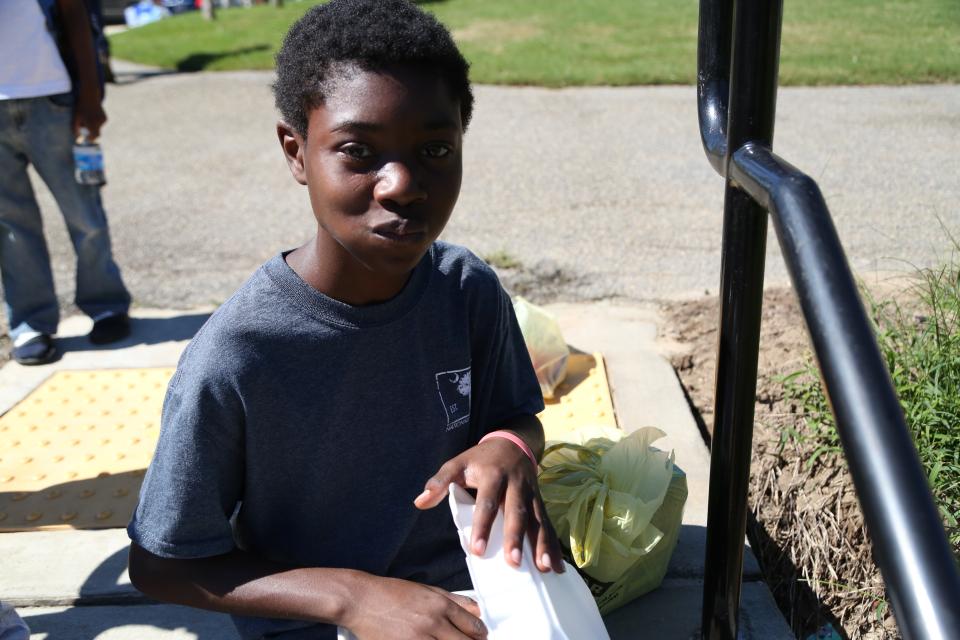 "Yesterday, those pork chops, they were on POINT. I made sure to come back here again. Y'all have some good food." 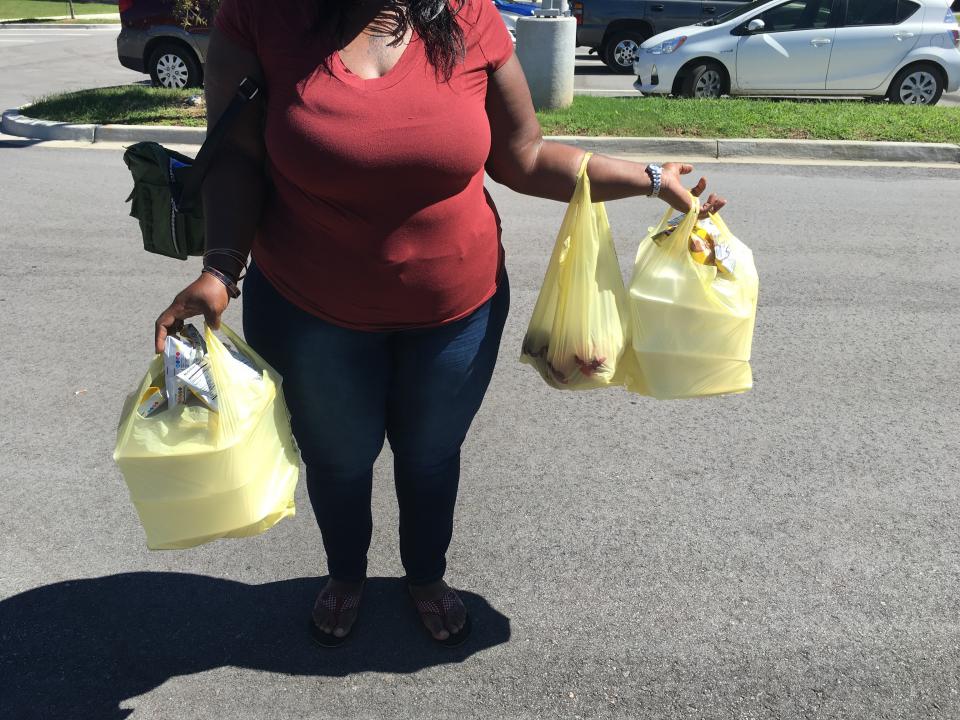 "Don't take a picture with my face in it, I look a mess. But this, this right here is the first meal I've had all day. My parents are stuck in their house. Their car is ruined. I'm bringing them food because I know they haven't eaten. We lost a lot, I don't know what is going to happen, but at least I know I have somewhere to get a meal. This is all I have right now."

"I'm thankful that this Salvation Army officer didn't turn around when the road became too rough. He knew he had to get back to this town. He formed a relationship with this community and their struggle became his."

When you give to The Salvation Army Disaster Relief fund, 100% of your contribution goes to support the relief efforts. You can give confidently and trust that The Salvation Army will Do the Most Good with the resources you provide.

Ashley S. is a member of the The Salvation Army team responding to the SC Flood. She helps document the response effort and provides a window into how the lives of those affected have changed.