What was the Salvation Army originally called?

Answer- The Salvation Army was originally known as The East London Christian Mission.

William Booth, a Methodist minister, began a new ministry when he felt called by God to serve the destitute in London, England. It is said that East London at that time was over-crowded, very poor and the area was filled with crime and drunkenness. It wasn't uncommon for people to die of starvation.

William and Catherine Booth (his wife) founded The East London Christian Mission later shortened its name to The Christian Mission. In 1878, it became The Salvation Army and adopted its quasi-military style. 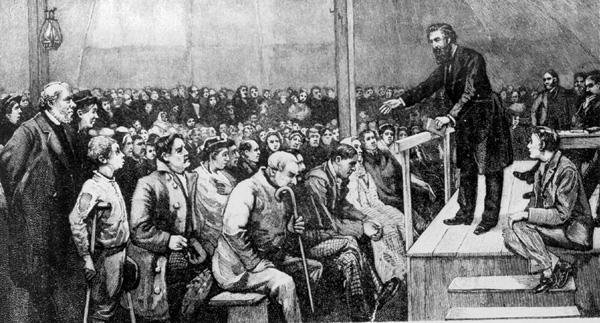 Booth not only brought the gospel to the streets he also provided the poor with food and shelter and helped with rehabilitation of alcoholics.

We're celebrating from May 11th through the 17th. We will be posting trivia and fun facts every day, so stay tuned...