HIGH POINT, NC (March 8, 2019) – The Salvation Army Boys & Girls Club of High Point was recently awarded a grant to make major gymnasium improvements by The Boys & Girls Clubs of America in partnership with New York Life and Bleacher Report, the premier digital destination for millennial and Gen Z sports fans. The partnership was created by New York Life’s media and branded content agency of record, Spark Foundry. “The New York Life Foundation, the company’s charitable arm, has been supporting Boys & Girls Clubs for more than two decades,” explains Heather Nesle, President, New York Life Foundation. “The latest collaboration is the “Be There” program, which helps Club members cope with loss, death, and grief by fostering a culture of wellness across all Clubs.”

In two short weeks, crews came together and collaborated to repaint the gymnasium ceiling, install new basketball backboards, purchase a new wireless scoreboard, and paint a 25-foot mural titled, “Aim High” by local artist Brian Lewis. The entire process was filmed by Bleacher Report crews and will be published digitally across Bleacher Report and New York Life on March 7th, 2019.

The renovation was revealed in a private event for the children enrolled in The Salvation Army of High Point programs on Sunday, February 24th, hosted by Charlotte Hornets star Marvin Williams. “Seeing the faces of the youth as they saw the gym for the first time was priceless,” exclaimed Amy Hudson, Executive Director of The Salvation Army Boys & Girls Club. “Witnessing the joy and awe on the children’s faces was a highlight of my career!"

“The Salvation Army of High Point would like to express their deepest appreciation to Bleacher Report, New York Life, and The Boys & Girls Clubs of America for choosing our center to revitalize so that we can continue making a difference in the lives of local youth within the High Point Community,” explained Major Gary Sturdivant, Commanding Officer at The Salvation Army of High Point. “Through these major gymnasium upgrades, sports leagues will continue to improve, and local children will have a safe place to learn, grow, and play for many years to come!”

About The Salvation Army

The Salvation Army, an evangelical part of the universal Christian church established in London in 1865, has been supporting those in need in His name without discrimination for 130 years in the United States. Nearly 30 million Americans receive assistance from The Salvation Army each year through the broadest array of social services that range from providing food for the hungry, relief for disaster victims, assistance for the disabled, outreach to the elderly and ill, clothing and shelter to the homeless and opportunities for underprivileged children. 82 cents of every dollar The Salvation Army spends is used to support those services in 5,000 communities nationwide. For more information, go to www.salvationarmyusa.org.

About Boys & Girls Clubs of America

About the New York Life Foundation

Inspired by New York Life’s tradition of service and humanity, the New York Life Foundation has, since its founding in 1979, provided nearly 280 million in charitable contributions to national and local nonprofit organizations. The Foundation supports programs that benefit young people, particularly in the areas of educational enhancement and childhood bereavement. The Foundation also encourages and facilitates the community involvement of employees and agents of New York Life through its Volunteers for Good and Grief-Sensitive Schools programs. To learn more, visit www.newyorklifefoundation.org. 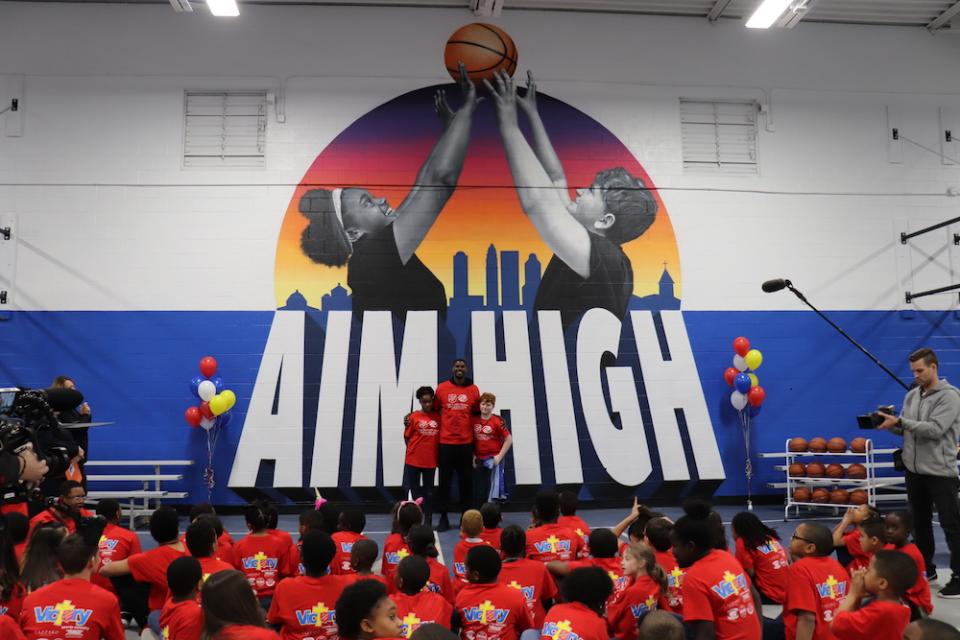