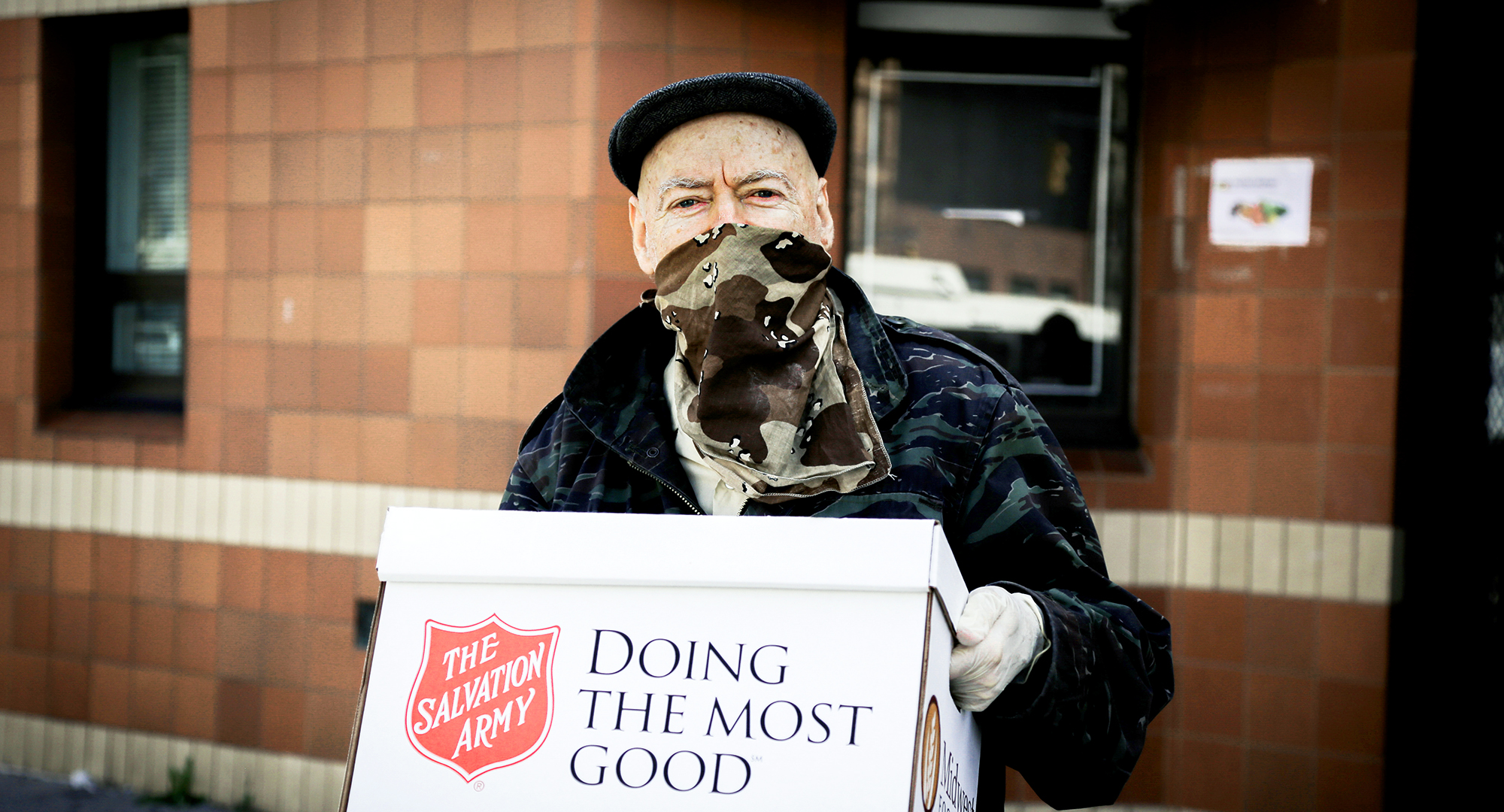 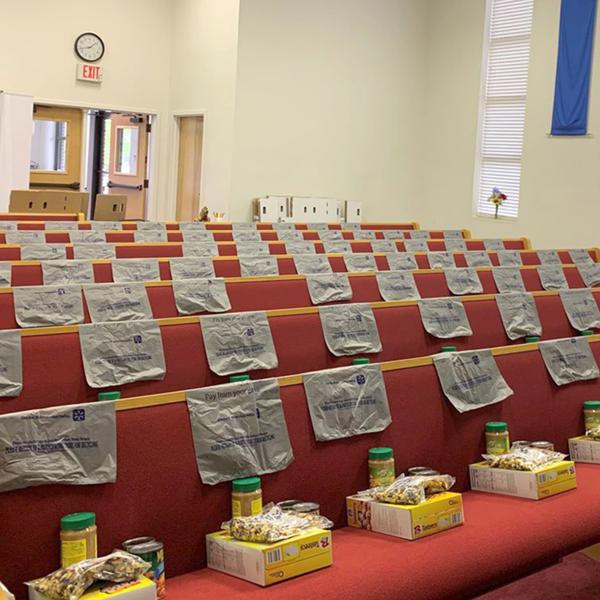 The local Salvation Army officer could not have known when he answered the phone, one week into the COVID-19 crisis, that a portal was about to swing open allowing The Salvation Army volunteers and staff to repeatedly respond in the weeks that followed.

“The whole thing began with that phone call,” he explains, “from this elderly man who needed food in the worst way. Then he told me that he was blind and could not come to us, so I told him that I would bring the food to him.”

Then he had a better idea. The man attends one of three senior centers in the county, so he asked him to contact his center director who then contacted The Salvation Army.

“When she contacted me, we had an automatic opening to serve 90 senior citizens who are members of her three centers.”

The officers, along with their daughter, began making sometimes daily runs throughout two counties, as well as overseeing drive-by distribution at their building.

“I really like loading stuff into the cars as the people drive up for a food box,” their daughter says. She works in a daycare center, but since it is closed, she works alongside her parents.

“That can be a good thing and a bad thing,” she says with a chuckle.

“But we are really scratching for food resources since our regular pantry now usually runs bare. But one thing is for sure, I will do my very best to make sure no one goes hungry".

When you contribute to The Salvation Army of North & South Carolina, you support local programs and services that make a lasting difference.